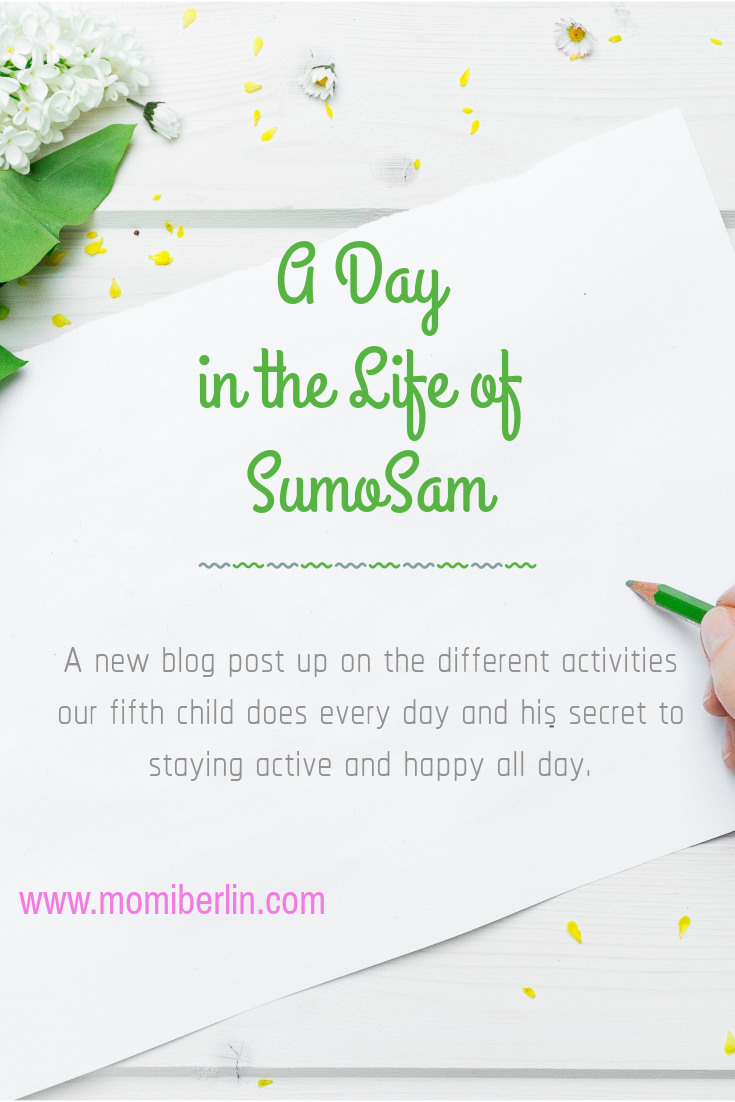 Our SumoSam is now 10 months old.  From his first day till now, it’s not much of a struggle to take care of him.  He is such a good and charming boy that almost every day with him is pure bliss.

He now has a set of activities that he regularly goes through every day and most of the time, he shares them with me –  from quiet slumber to unstoppable babbles, irresistible smiles, funny games, and smooth diaper changes.

Every day, I take his cues and in response, we adjust our activities.  I must say we have a pretty manageable and predictable life, but that doesn’t make it boring at all.

A day full of eating and breastfeeding

Our SumoSam joins us at each mealtime. He sits beside me, using his kuya’s high chair.  I serve him what we usually have for the day as I seldom puree and mash his food.  He could already eat chopped veggies and meat since he got several teeth helping him chew and swallow his solid food.

He also knows how to pick up little pieces of finger food and has a funny gesture of smelling anything first before putting it in his mouth. Instead of using a straw, he prefers to drink water and juices from a drinking cup. Perhaps he is used to sipping his expressed milk from a small feeding cup

SumoSam has his way of telling his mama he had enough breakfast or lunch. He either pushes the food away from his mouth or turns his head away from his spoon.   Most of the time though, he manages to finish everything served to him.  He particularly loves taho, tinola, and chopsuey.

We still breastfeed and in between playing, diaper changing, and sleeping, he latches on to my breast.  We also do unlilatch at night together with his three-year-old brother.  Yes, so imagine our sleeping position!

A day less of diaper changing 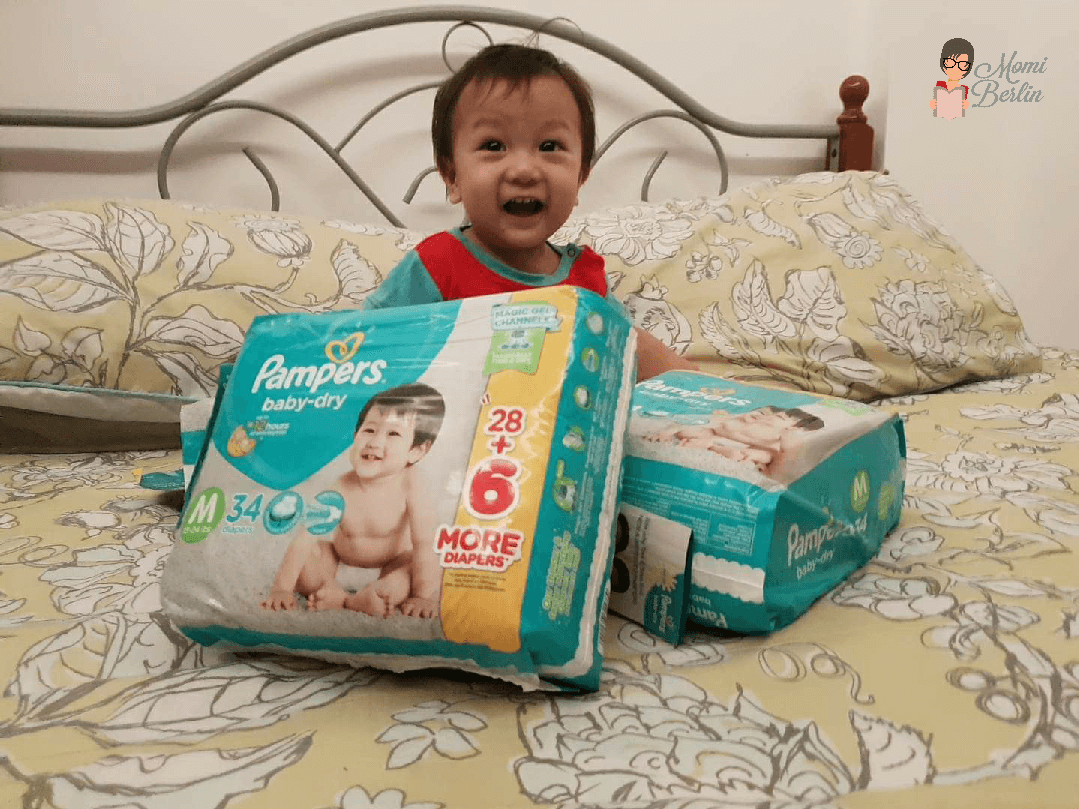 Gone are the days when we had to change six or more soiled and wet diapers in a day.  Earlier, we changed diapers each time he pooped. Now, his pooping slows down.  We change diapers three times a day at an average. It helps that our diaper can hold more fluid and hence, it limits frequent diaper changes.  We also do not worry about diaper leaks because our favorite diaper – Pampers Baby Dry Pants – can absorb the maximum amount of urine expected between each feeding.

I also like the idea that I can easily tear the sides of the diaper to remove it fast.  It also slides easily like an underwear for quick changes.  Such convenience indeed!

A day full of playing

Just like his older brother Yael, our SumoSam loves to play with just anything, from building blocks and cars, to dinosaurs.  When I put him in his playpen, he would open his diaper cabinet and scatter all his diapers on the floor.  I truly wonder what kind of satisfaction he gets from that. Or perhaps he just wants to communicate he doesn’t deserve to be kept inside his playpen.

As I observe our son playing, he looks so relaxed with his diaper pants on.  Our SumoSam uses the medium size and its stretchable garter offers adaptable fit giving him ease of movement and comfort.  Its garter also gently hugs my SumoSam as he rolls, crawls, sits, stands, and even wiggles.

A day full of exploring

At 10 months, our SumoSam now crawls so fast that I sometimes find it hard to catch up on him.  He is always ready to explore the house by crawling and pulling anything he touches from a sitting position to standing position.

He can quickly cruise around while holding on to any piece of furniture.  And with his each successful move, he looks at me proudly and happily, showing off his adorable smile.

I must say that even with a diaper between his legs, he moves with ease.  It greatly helps that our choice of diaper is essential in letting him move in comfort.

But what I love most about Pampers Baby Dry is that there is no huge bulk getting in the way for my son to move freely.  There is no sagging, too, which makes it appear that the diaper needs changing again.  He can sit down, stand up, and walk around without that huge weight in between his legs.

A day full of sleeping

Just like most babies, our SumoSam gives us a hint that he is sleepy when he scratches his head.  Should that be the case, I bring him with me in bed and offer him his milk.  In no time, he is sound asleep, comfortably sleeping beside me with my nipple still in his mouth.

Our SumoSam is also active even in his sleep.  He often changes position. There are times his chest is against the bed while his knees are tucked up underneath his stomach and his butt up in the air.  Other times, I would wake up with his feet on my face.  Despite his many positions, our baby doesn’t wake up wet during the day and even at the night.  Every morning, he has a ready smile for his mom.

A day in the life of SumoSam 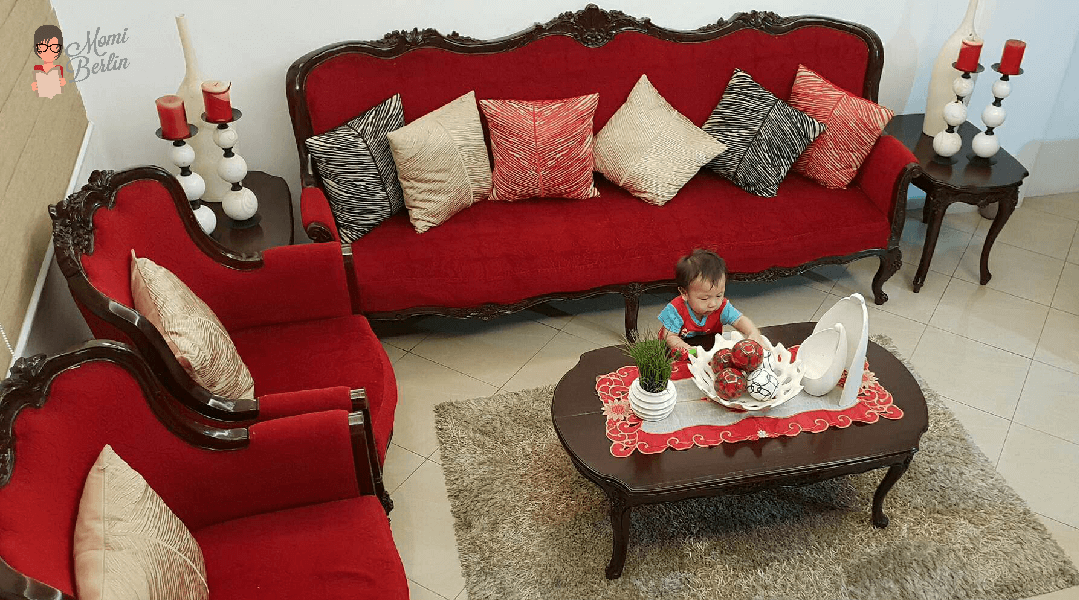 Our baby truly loves to be where his brothers and parents are.  He doesn’t like to be confined in his playpen but loves to explore the living room and even the kitchen area.  He does that by crawling and walking with a guide.

SumoSam is such an active and playful child.  And I am just happy that we have found the suitable diaper to let him be the active and happy child that he is.   We don’t worry about diaper leaks or rashes at all; we are more concerned with fitting safety gates because our little explorer had several attempts to crawl up the stairs.

This blog is made in partnership with Pampers, all opinions are my own.