Did you know that the card game Solitaire is also known as Patience? Perhaps because to play the game, one must have excellent patience.  Of course, logical thinking is needed as well.

Solitaire is one of the most popular single-player card games in the world.   And I just found a website that is home to the best free solitaire games one can play online.  Yes, I admit playing solitaire once to unwind after a long tiring day.  I play it at my own pace and favorite spot – just the way I like it. 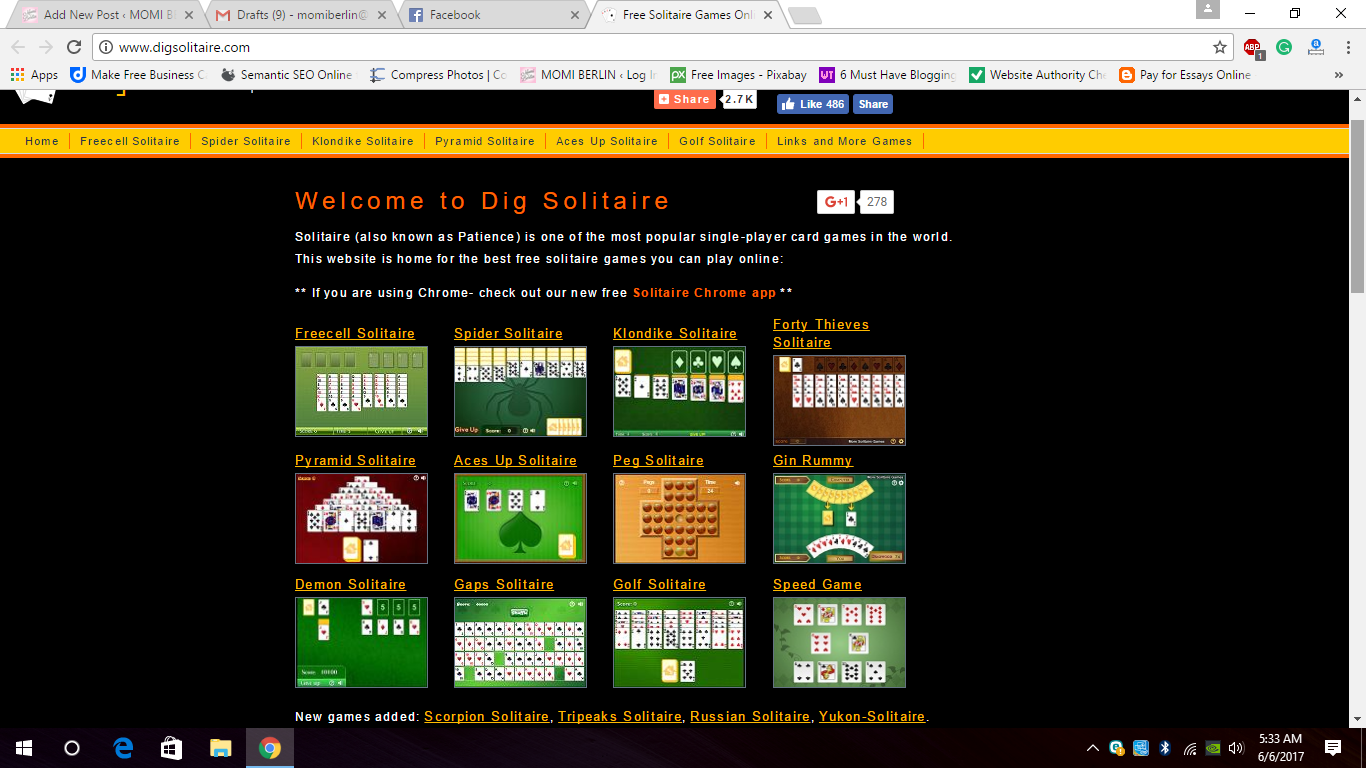 I once saw my Firstborn playing solitaire as well.  He told me it helps him loosen up and enhance his mental skill.  Other than that, he offered a good overview of the benefits of playing Solitaire.

Relaxes his bored self

It is still school break and after helping his mother clean the house, he has nothing to do anymore.  The boys are only allowed to use their mobile phone for two hours.  They could play basketball outside or watch television programs.

Perhaps the long day still bores him so he tried playing Solitaire.  Firstborn finds the game engaging.  His little brother watches him play, too.

Firstborn claims Solitaire keeps his mind busy.  Unlike watching television shows, his brain is busy processing for a quick solution to finish the game on time. It is a perfect past time after engaging oneself in some physical activities.

Firstborn told me that he was able to try playing Solitaire with other players.  The game enhances his social interaction and even helps him be more competitive.

I like it when Firstborn mentioned Solitaire helps his brain remain active as he thinks of ways to strategize his moves.

My Big Bunso questioned me if Solitaire is considered gambling.  Perhaps he was oriented that any game using playing cards is associated with gambling.  I told him that for me, Solitaire isn’t gambling.

Solitaire is a skill-based game.   Despite the random shuffling, with skills and keen attention to details, one can still solve the problem.

Just like playing Sudoku, I am okay if my boys play Solitaire as long as it doesn’t involve any bet or money.