I live in a small house with five boys. Life can be real crazy at times. Sometimes, too, life is just a bed of roses.

Yesterday afternoon, I got a call from my son’s school. And the one on the other line was the school nurse. Then I was transferred to the school physician. It happened a number of times already. Yet phone calls like this still makes me shiver.

My second son was playing basketball with his classmates. He caught the ball, but his classmate accidentally hit him near his left eye. My son fell, and his eyeglasses shattered cutting through his left eyelid. He was immediately brought to the school clinic and given first aid. Though small, the laceration was deep enough to cause massive bleeding. Eventually, though, the wound stopped bleeding because of a blood clot. The school doctor advised me that I bring my son to the hospital for a proper suture.

I was in a roundtable discussion with doctors and media when I got a call from a school personnel. My second son fell from a monkey bar.

My young man had broken bones, and the orthopedic surgeon recommended performing closed reduction on his forearm. Unfortunately, the procedure was not successful. The doctor scheduled for an operation, opened my son’s skin, and affixed three pieces of metal screw to align his fractured bones. It was his first surgery.

My second child was in a cast for months and learned to use his left hand to survive. We often joked around that time that we have a little Wolverine in the family. 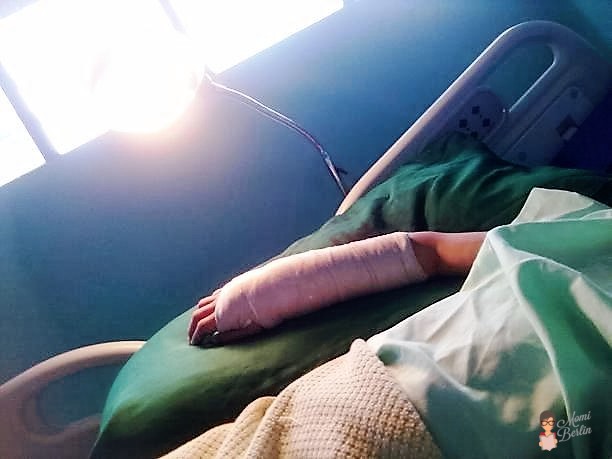 I just came from a baking shop. I bought a few ingredients for the cake I was planning to make for the boys. Then I got a call from one school personnel. My Big Bunso needed a trip to the hospital’s emergency room. He was being playful and stuck a pencil lead up his nose.

My third boy is naturally inquisitive. Usually, he displays his curiosity by asking questions. He also loves exploring the world around him.

It was during one Science class. His teacher was rechecking test papers, and my son was again curious and playful. He already did it once when he inserted a crayon in his nose. He was able to remove the crayon easily. That unfaithful day, he was playing with his mechanical pencil. He tried to place it into his nose and never thought the danger of any serious injury and infection.

After minutes of trying to remove the object inside his nose but to no avail, he requested to be excused. He went straight to the school clinic and approached the school doctor. That was when I got the call.

Perhaps there were more than a dozen calls I got from the boys’ school for years.   Most of them though were usually about minor bump or tumble accidents caused by the negligence of students or because kids are just kids.

Sadly, accidents at school are a common occurrence. I would like to assume that most of these incidents are not because of the school’s negligence, though. But husband told me once that all accidents are preventable. We create accidents to happen.

Then I remember it clearly. Husband learned from one accident involving our one-year-old.

He prepared coffee, put it on his table, and went to the kitchen to make a sandwich. Then he heard our son’s cry. He blamed himself for our boy’s scald injuries. He simply ignored to put his cup of coffee at a safe distance from our boy whose mobility and curiosity increases every day.

So again, who’s to blame?

For a school, may the kid’s injury came from an activity they were doing or the state of the environment, the school board is responsible.

For this mother, though, I would like to echo what Martin Luther King, Jr. once said.

I would rather exert my effort to show how much I love and care for my boys than hate, argue with, and blame anyone else.

Looking at the bright side, I was able to “date” my young man after our hospital visit.