My Second son is now all grown up.  He is just 12 years old, but he speaks and acts just like any fine man I know.  Let me share with you some of the sweetest gestures ever by my young man through the years.

The boys spent their summer vacation at the big house.  I visited them there and decided to spend the night in my old room – the room without an aircon, as the boys often describe.  My Second Son peeped then returned after a few seconds with his pillows.  He slept beside me.

I encouraged my boy to return to his room.  He told me the aircon wasn’t working well in the other room.  I checked the aircon unit and discovered that it was perfectly working contrary to my son’s claim.

The following morning, my mother related to me what Second Son told her last night.  “I want to sleep with mama in the other room.  She is alone.  When she returns to the small house, I will sleep beside you again (at the aircon room),” was Second Son’s statement.

I was on the phone with husband two days after the bedroom scene.  I mentioned to him the room transfer story.  He told me that he asked Second Son “to look after your mama when I am not around.”  That again explained why Second Son was sitting beside me while his two brothers were outside playing with their new motorcycle toy.

I love letter writing before.  I still love to do it sometimes, not that frequent as before though.  And I would always end my note with “a rose for you.”

Yesterday, I received a clay rose from Second Son.  And he made the rose himself.

I was home by 10 pm last night.  No boys to welcome me; they were all upstairs sleeping.  But Second Son left a letter for me to read.

Second son’s sweet gestures:  A THANK YOU SONG FOR MAMA

“Feeling gratitude and not expressing it is like wrapping a present and not giving it.”

Got this quote from one of Mr. William Arthur Ward’s literatures.

And if my thoughtful bunso gave me P20 bill to show his appreciation, my Second son, on the other hand, played a lovely piano piece for his mama.    He played “Down In the Valley” twice and hugged me after.

I just covered their books with a plastic film — which I believe is an obligation — and I was repaid beyond what I have expected.

Crazy that I was hoping to get more “thank you” gifts thus volunteered to cover some more books.  This time, not their school books anymore but their book collections. Perhaps my timing was all wrong.  They didn’t even bother to look at my direction.  They were too busy playing PS2 and by the time I have finished covering all their books, they were too sleepy even to say thank you.

It was the next day when I got the hug and heard the beautiful piano piece. 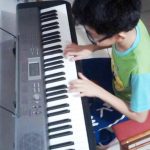 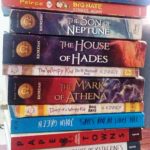 This mother was not feeling well.  She was in bed on weekends hoping to regain strength and catch up on lost sleep.

She woke up one afternoon from one of her long rests.  She paused and would want to cry.  She saw her young man M reading a book by the foot of her bed.  He must have been looking after her, always in standby mode and ready to lend a hand.  And to kill time, he had his book to entertain him, only that he preferred not to disturb his mama and just set up his little lamp to provide light.

← MOMI MUSINGS/ dreams do come true. MOMI LOOKS BACK/ our set up before →