Momi Shares usual changes when you are into keto diet 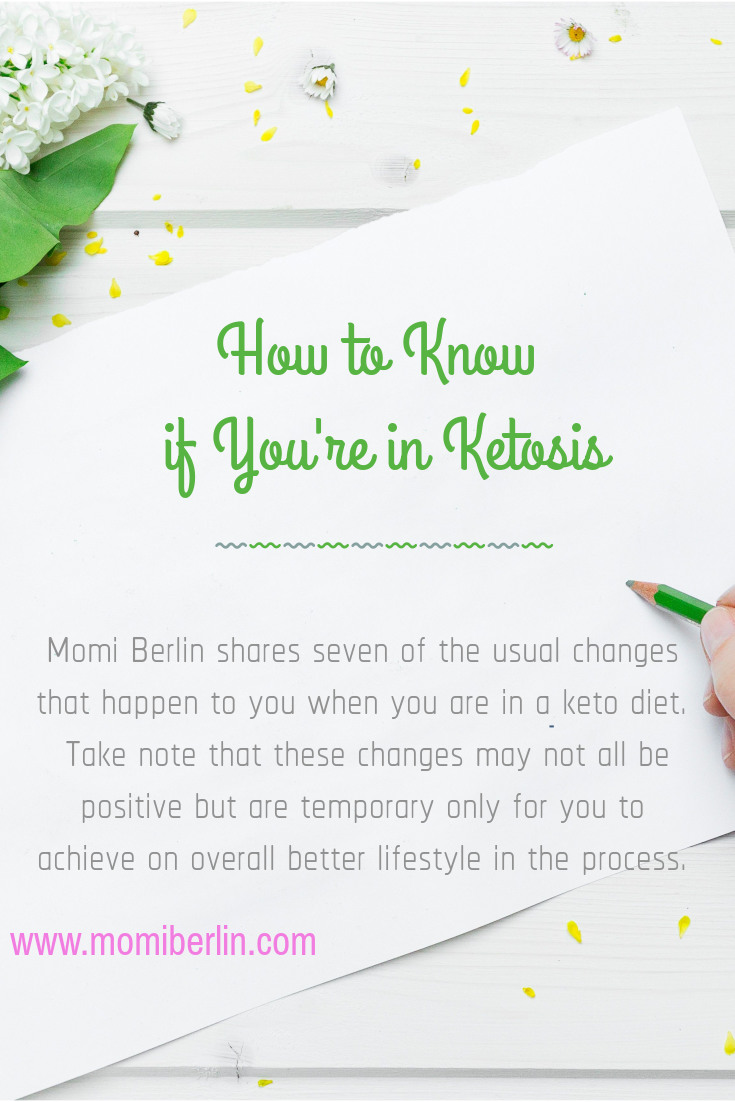 The ketogenic diet is defined as a high in fat but low in carb diet that is said to have many fantastic health benefits.  Included in the advantages of a keto diet are weight loss and combat diseases like diabetes, cancer, epilepsy, and Alzheimer’s disease.  Someone in a keto diet also experiences an overall better lifestyle.

The goal is to achieve ketosis, in which your body uses fat for fuel instead of what it’s used to: carbohydrates. For years you’ve probably been feeding yourself an overload of carbs like bread, fruits, vegetables, and grains. Your body turns these into glucose and uses them to function fully.

But when you take away a significant portion of these carbs, your body has no choice to find another source of energy. It starts to feed on the stored fat in your body, which your liver then uses to create ketones. This fresh, new source is later released back into the bloodstream and used to fuel your body.

Reaching ketosis isn’t always easy. Sometimes, it’s just as hard to know if you’re even in it. Some will try to ease their way into it, but not lower their carbohydrate intake enough. Others will reduce them enough, but have a cheat day and knock themselves straight out of ketosis. To keep yourself steadily in ketosis, it’s best to stick with 20-30 grams of carbs a day.

Although not all positive, here are seven ways for you to know that you’re in ketosis:

As long as you maintain a caloric deficit and stick with the diet, you should see a steady drop in weight long-term. You may see faster losses in the first week or so and while many believe that this is fat loss, it is mainly your body dropping the excess water and using up the rest of those carbs.

Losing weight can do wonders for your confidence, but this particular method can have an effect that is unpleasant for the people around you. Your breath might have a smell that reminds you of acetone – yes, the same ingredient in nail polish remover.  Your sweat will be much stinkier, too.  That said, keto adapts have also reported a sweet taste in the mouth, slightly resembling apples.

But you won’t have to deal with stinky breath as this is normal for the first couple of weeks. Your body is just adjusting to using fat for fuel instead of glucose, and the natural by-products of this process are secreted through urine, sweat, and your breath. Some frequent teeth brushing and mint-popping help with this problem until it disappears.

Fats and proteins have a significant role in making you feel less hungry throughout the day. It’s quite the stress reliever if you’re trying to lose weight but struggle with overeating or snacking because you’re always feeling hungry. Both these nutrients are incredibly satisfying, keeping hunger at bay and keeping your hunger hormones in check. (Ghrelin is the hormones that make you feel hungry, while leptin is the one that makes you feel full.) Don’t go overboard on not eating though; develop a mindful way of eating and maintain a healthy relationship with nourishment.

Feeling Tired All The Time

Most likely for the first few weeks, you will feel quite fatigued. This is just your body’s way of getting used to consuming so little carbs. You should avoid strenuous activity and keep exercises low impact. After that two week hump, you should wake up feeling much more energized and can let yourself fall back into your routine.

Constipation or diarrhea is another sign that you are in ketosis, but not everyone experiences this one. However, as your body gets used to the new lifestyle, this should eventually go away. Until then, try to keep some of these keto-approved veggies in your diet to alleviate the symptoms: 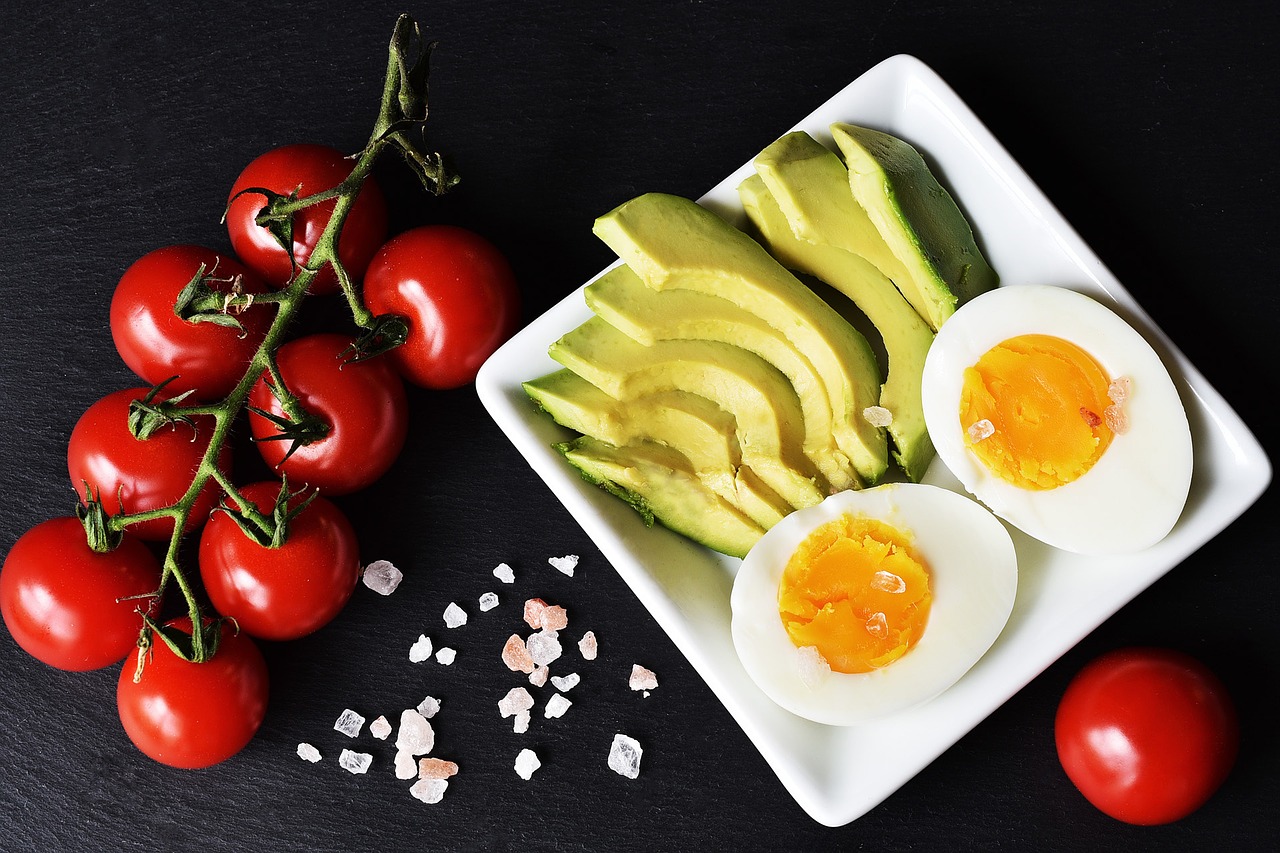 How to Know if You’re in Ketosis!

We all know that dreaded afternoon crash after a big lunch. This is because your insulin levels drop, which then results in your need to take a nap after you eat that hamburger, for instance. Ketosis helps to get rid of this annoying feeling by improving your blood sugar to regulate itself, meaning that you can get more done throughout the day and still have enough energy to get those evening errands done.

This is probably a symptom that no one will enjoy, but even tossing and turning all night long means that you’ll be less tired during the day. Luckily, you’ll only have to deal with those sleepless nights for a couple of weeks at most, and soon enough you’ll be enjoying a good night’s sleep. You might even need less sleep than you did before!

The only way to be entirely sure

To make sure that you’re in ketosis, you can purchase ketone urine-testing strips, known as Ketostix or just ketone sticks. They’re just strips with a little absorptive pad on the end of them and contain a particular chemical that will change colors, most times varying between pink and purple, in the presence of ketones in your urine. The container will typically have a color block for you to compare your stick to and it takes about 15 seconds to get the result.

How do you use ketone sticks?

Some people will argue that the best way to use the ketone sticks is just by holding it in a steady stream of urine. Others, though, think that this method can wash away some of the chemicals, thus opt for using a cup or container to obtain a sample of urine, then dip the stick in.

Note that ketone strips are very sensitive to moisture.  It’s important to make sure that the lid of the container is closed tightly when they aren’t in use.  Make sure, too, your hands are thoroughly dry before grabbing one. Furthermore, they have an expiration date and they typically last about six months after opening the package. You might want to write the time that you open the box, so you know when to run out and get some more.

We hope this information will help you with your overall better lifestyle and decide for yourself if keto diet is for you or otherwise.