[tweetshareinline tweet=”Generosity is given freely, perhaps out of love, compassion or pretense. ” username=”IfZgcz8ZKo14VSCu3y8ejhrBGaCG*R!N:1:0″] Whatever the reason, there should be no strings attached nor expectations.

Last Saturday, we went to our Pediatrician.  The boys had their monthly check up and vaccine.  On our way, there were two beggars who knocked on our car window.  Husband got something from his bag, handed it to Firstborn who was seated by his side, and asked him to give the money to the beggar.

Firstborn had hesitations giving the money. Because for him, the amount was just too big to give as alms.  Husband though urged his son, thus Firstborn reluctantly handed the P100 bill to the beggar. 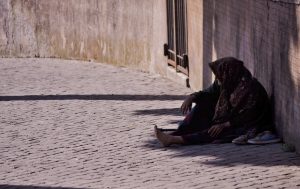 My son got frustrated when the beggar didn’t even thank him for his kind gesture.  He cannot comprehend why there are some people who just can’t even thank others for their good deed.

I was seated at the back and made an effort to appease my boy.  This mother could feel her son’s frustration.  I, for one, was frustrated, too, at the ungrateful ways of the two beggars.

Then I heard myself saying these to my Firstborn and to my two other sons seated beside me:

Why some people remain ungrateful

I assured the boys, though, that most likely, it’s reason 1 or 2.

What is the value of your help

That gave me another opportunity to enlighten my boys about giving and sharing.

But more than anything, this mother hopes that simple gesture of sharing would teach the boys to share their blessings, too.  That they give freely – hopefully because of love and empathy –  without expecting anything in return.

Who truly reaps the reward of generosity

I guess I have explained everything to my boys.  Everyone was quiet inside the car when husband shared something we learned for the first time.

“I was on my way to work.  Got nothing but an MRT card with a value of P60.  I need money to ride a bus instead.  So I took chances, approached a kind-looking lady, and humbly asked for P20 in exchange for my MRT card.   She helped me and handed me P100 instead. Now that I am able and blessed, I am paying forward the P100 to someone needing help.”

This reminded me that

I hope and pray the children got the idea as well.