MOMI LEARNS| The Story of the Pied Piper of Hamelin

I do not want to judge people, but I got hurt by the actions of one person I consider a friend.  Or perhaps she is just so busy with life, and I am just impatient.
This friend asked help on her website.  I referred her to the person who helped me set up my blog. In time, my web programmer friend was able to detect the problem and was able to clean the blog and recommended solutions. They were still half way through the process, and the blogger friend told me her husband (who is a web designer) might get mad if he learned of her actions asking help from others. I asked her what will be our next action.
We both agreed to stop what my web programmer friend has started. But I asked for her kind consideration to pay what is due to the person who helped with her blog. She agreed.
Days passed, and payday came,  but she seemed not answering my messages. I asked my web programmer friend if he already received payment, and he told me none.
I felt sad. I did not expect her to act like that.
Then I remember the story of the Pied Piper of Hamelin. 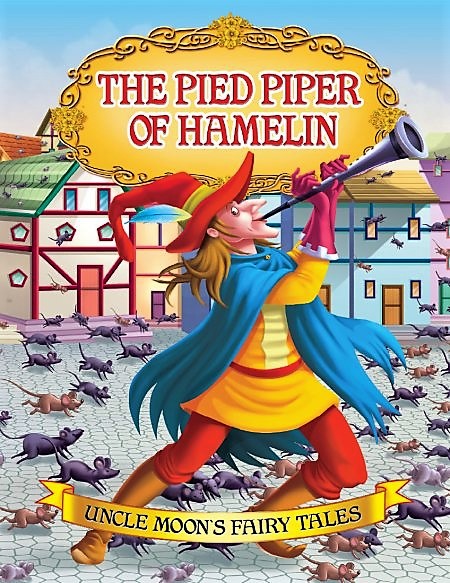 A long time ago in a town named Hamelin, rats plagued the entire place. Large and fierce rats dominated the area.  They crawled on every street, ate the city people’s food, and even bullied the cats. Hamelin was in crisis.
The town’s leaders announced that they would give a reward to whoever will solve the problem.  At that time, a pied piper agreed to take the proposal.
He played a strange yet enchanting tune on his pipe and in no time, all kinds of mice followed him. The Piper reached the sea and one by one, the rats – still mesmerized by the tune- jumped into the sea and drowned.  The city was saved from the rats.
The Piper went back to the town’s chief and demanded his reward.  The leaders though did not pay him and shooed him off.
The piper was enraged.  He told himself he needed to teach these greedy officers a lesson. He played another tune on his pipe.  And the song made all the children of the city follow him until they reached a cave.  Fascinated with the music, the kids entered the cave and once inside, the Piper closed the cave with a big rock.
A lame little girl and a nearly deaf boy escaped this fate.  They told their parents about what they have seen and the parents, in turn, went to the town’s leaders for help.  The officers begged the pied piper to release the kids.  But the piper was too keen on his demand to get his reward first before setting the children free.

The leaders learned their lessons the hard way.  They gave the prize to the pied piper and the latter set the kids free.  He left the town for good.

I asked my web programmer friend if he could revert what he did and he said yes.  I asked him if he could do it to teach the blogger a lesson just like what the piper did.  He refused, though.  His words were so full of understanding and devotion to his work.  “I studied web programming to help set up a website or blog and be of service to people, not to install malware and harm.”

It was a lesson to me as well.  That despite the ugliness of the world, I should never lose hope.  There are still so many beautiful people around making life meaningful despite the despites of.

I am sorry to this blogger for thinking ill of you.  But I hope you communicate properly and give what is due to the person who somehow helped you.

When you give credit where credit is due, it shows your Character and Class.”