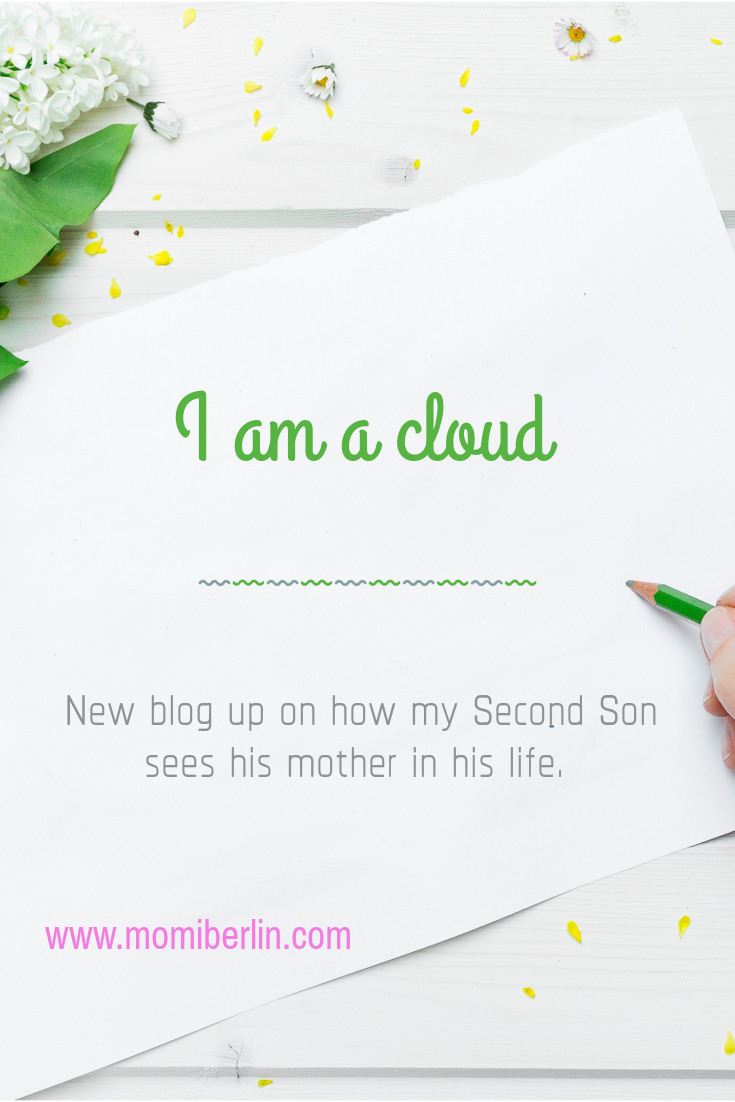 For three weeks, I never spoke to my Second Son.  We had a mother-son argument that led me to use the rod and him to hate me.  I thought it would be forever.  Perhaps it was the school recollection that pushed my son to finally approach me.  Or that bile reflux and extreme heartburn I experienced that night.  Or possibly, it was God healing both our hearts from the hurt.

Let me tell you a story of how it happened.

My 15-year old guy came from a school recollection.   His father joined him on the second day. My husband relayed to me one activity our son did.  It was to draw a garden and relate it to his life.

I am a cloud

The big tree is my son.  The small bushes near the tree are the people within his circle.  These are community and church friends, classmates and service mates, siblings and relatives.  Some bushes have flowers because they are those who make his life colorful and vibrant.  The sun is his father while the clouds is his mother.

My son described the cloud as important as the sun.  As the sun gives light and wisdom, sometimes, its brightness is too much that the cloud will provide the needed shade.  And he sees me as the cloud protecting him from his father if the latter has been too much.  “If the bushes and the tree are exposed to too much sun, their molecules will absorb more energy than they can handle.  This may destroy the plant.”  In the same manner that too much cloud bring heavy rain which may also damage the plants and even the trees.

Thus, our 15-year-old son sees that there should be a balance of the cloud and sun in his life.  For this mom, though, it confirmed that my boy still considers me as someone important in his life.  He may not talk to me because I hurt him, but that doesn’t mean I am less valuable.

I am a mother

I was elated to hear that.  I cooked Second Son’s favorite Ginataang Kalabasa.  I also prepared Spaghetti for the boys’ merienda and made waffles.  That day, I felt I am once again a mother to my Second Son.  I refrained from waking up early for him since the day we had our argument.  During those days, I stayed in my room and only went out to eat on my own or feed my toddler.

That day I cooked for my Second Son, I felt a painful burning feeling in my chest.  This happens every time fluid from my small intestine flow into my stomach and esophagus.  Such sensation is also referred to as bile reflux.

I went upstairs to take a rest. I couldn’t stop crying because it hurts so much.  My Big Bunso saw me and told his father what was happening.  After a few minutes, Second Son knocked on the door and handed to me my medication.  He also gave me a glass of water to drink.  I thank him and he left the room.

I never thought my son will regard me as his cloud.  I almost give up on him and yet, he remains faithful to me.