MOMI SHARES| Be not greedy for a little passing pleasure

I had second thoughts sharing this story.  It is a secret I would rather keep to myself.  But the lesson it imparts is worth saving someone’s soul or so I would like to assume.  This story of my boy is somehow similar to the Flies and the Honey fable.

THE FLIES AND THE HONEY 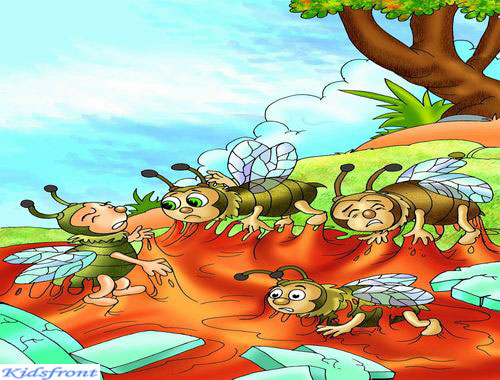 Be not greedy for a little passing pleasure

A jar of honey was upset and the sticky sweetness flowed out on the table. The sweet smell of the honey soon brought a large number of Flies buzzing around. They did not wait for an invitation. No, indeed; they settled right down, feet and all, to gorge themselves. The Flies were quickly smeared from head to foot with honey. Their wings stuck together. They could not pull their feet out of the sticky mass. And so they died, giving their lives for the sake of a taste of sweetness.

THE BOY AND THE GIRL

One of my boys loves basketball.  Sometimes, he would ask permission to play basketball at the subdivision’s basketball court.

One day, a family with some subdivision officers and tanod went to our house.  They were asking for my son.  They relayed that my son attempted to kiss their daughter.   My husband went to the subdivision office and there the officials played the CCTV.  Shown there was my boy playing basketball.  Then a teenage girl went to a nearby sari-sari store.  My son followed the girl and just as the girl was about to enter her house, my son embraced the gal from the back.

My husband did not expect was he saw.  And I was more than shocked when husband relayed to me what he saw on the video.

We spoke to our son.  We then learned that it was never his intention to “rape” or “kiss” the girl.  He told us that he saw the girl coming from the sari-sari store.  He got real thirsty and a voice urged him to get money from the girl.   He went after the girl.  When he was about to reach for the youngster, he suddenly stopped.  Then uttered “I am sorry.”  He ran as fast as he could.

A few days after, husband, the subdivision officers, and the gal’s family met again.  Thank God the girl told his parents she got shocked by the incident.  My son, though,  did not attempt to kiss nor rape her.  He just stood there, held her by her shoulder and uttered “I am sorry.”  The very same story our son relayed to us.

Be not greedy for a little passing pleasure. It may destroy you.

My son felt the need to be greedy at that instant.  The voice who urged him to rob the girl must perhaps be Satan’s.   Though that incident was something I would rather keep, I find it worth sharing now.  It was years ago.  And I believe it taught our son one valuable lesson – to never let greed destroy him.

For this mother, I have come to learn one thing.  We hear so many voices.  And it is but important to have that ability to discern who is speaking to us in the depths of our soul.  Without that skill, we may run the risk of following the voice that would lead us to a place of despair and eternal loneliness.