Have you heard of the story of the Rose and the Butterfly?  It has such a beautiful lesson that made me realize one thing – I have been wasting my time being angry and frustrated.  For months,  I took my loved ones for granted because I just hate one thing I could never change.  Now, I will restart from where I should have been long ago –

THE ROSE AND THE BUTTERFLY 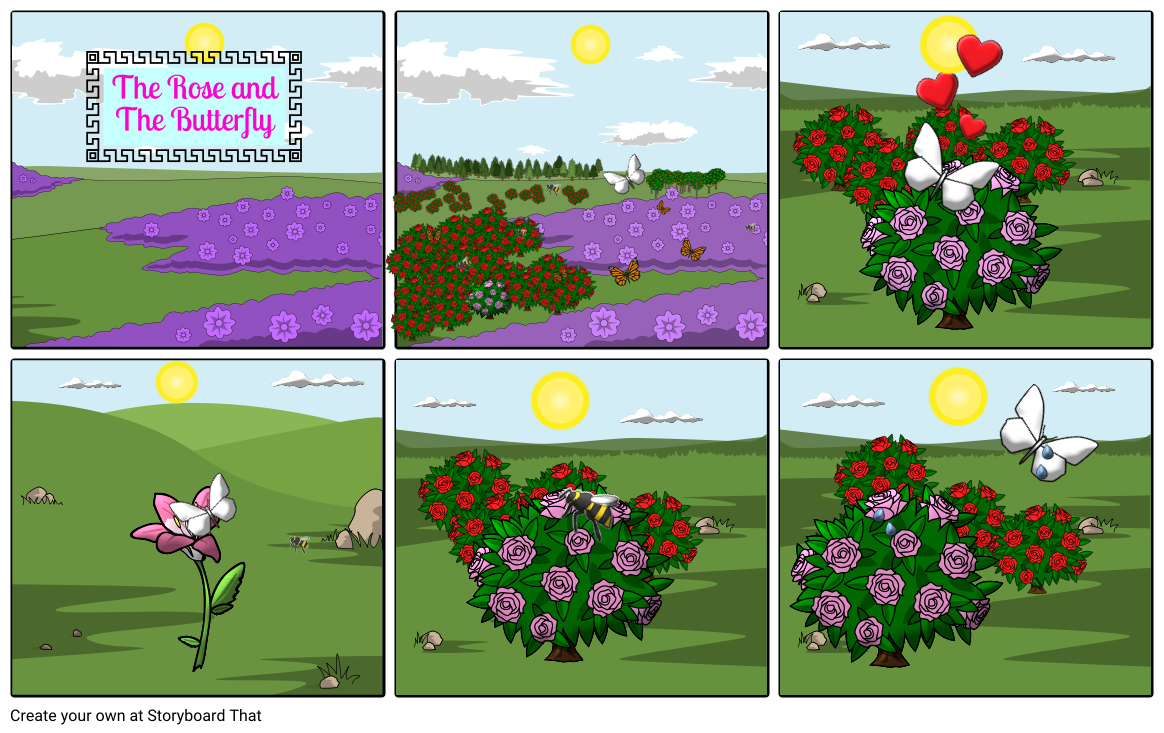 Do not expect constancy in others if you have none yourself

A Butterfly once fell in love with a beautiful Rose. The Rose was not indifferent, for the Butterfly’s wings were powdered in a charming pattern of gold and silver. And so, when he fluttered near and told how he loved her, she blushed rosily and said yes. After much pretty love-making and many whispered vows of constancy, the Butterfly took a tender leave of his sweetheart.

But alas! It was a long time before he came back to her.

“Is this your constancy?” she exclaimed tearfully. “It is ages since you went away, and all the time, you have been carrying on with all sorts of flowers. I saw you kiss Miss Geranium, and you fluttered around Miss Mignonette until Honey Bee chased you away. I wish he had stung you!”

“Constancy!” laughed the Butterfly. “I had no sooner left you than I saw Zephyr kissing you. You carried on scandalously with Mr. Bumble Bee and you made eyes at every single Bug you could see. You can’t expect any constancy from me!”

THE MOTHER AND THE THREE BOYS

There was once a mother who only thought of her boys.  She spoke fondly about them.  She loved them so much and that love was very evident in all her decisions and actions.  Her boys reciprocated the affection.  They also made their mother laugh and feel loved.

Until one day, life changed.  The mother learned of her unexpected pregnancy.  She became restless and moody.  She became silent. She was often frustrated and angry.  Her boys, perhaps, clueless of what to do, became silent as well.  They often whisper than talk loud.  Their actions became calculated and restricted.  They obliged but pain could be seen from their eyes.

Do not expect constancy in others if you have none yourself.

Just like what Chinese philosopher Lao Tzu once said, life is a series of natural and spontaneous changes.   It is but prudent not to resist them as our refusal would only create misery and unhappiness.  Those changes are reality and let reality be reality.   I should have let that change flow forward in a natural way.  That way as well, I would have remained committed and faithful.  Now, how could I expect my boys to trust their mother again if I lost trust in myself?

I believe it isn’t too late to move forward.  And I will restart from where I am most certain –

be a mother again.

I hate to admit it, but this story-telling session I have with my little man is teaching me a lot than I expected.