MOMI LEARNS| The Horse and the Donkey on being selfish

This morning, my little man and I watched the story of  The Horse and the Donkey on YouTube.  Another story worth sharing with my three other boys this supper.  As much as possible, I retell the story to my older kids so they would also learn from it.  It has been this mother’s practice to teach the children about values formation through short stories. 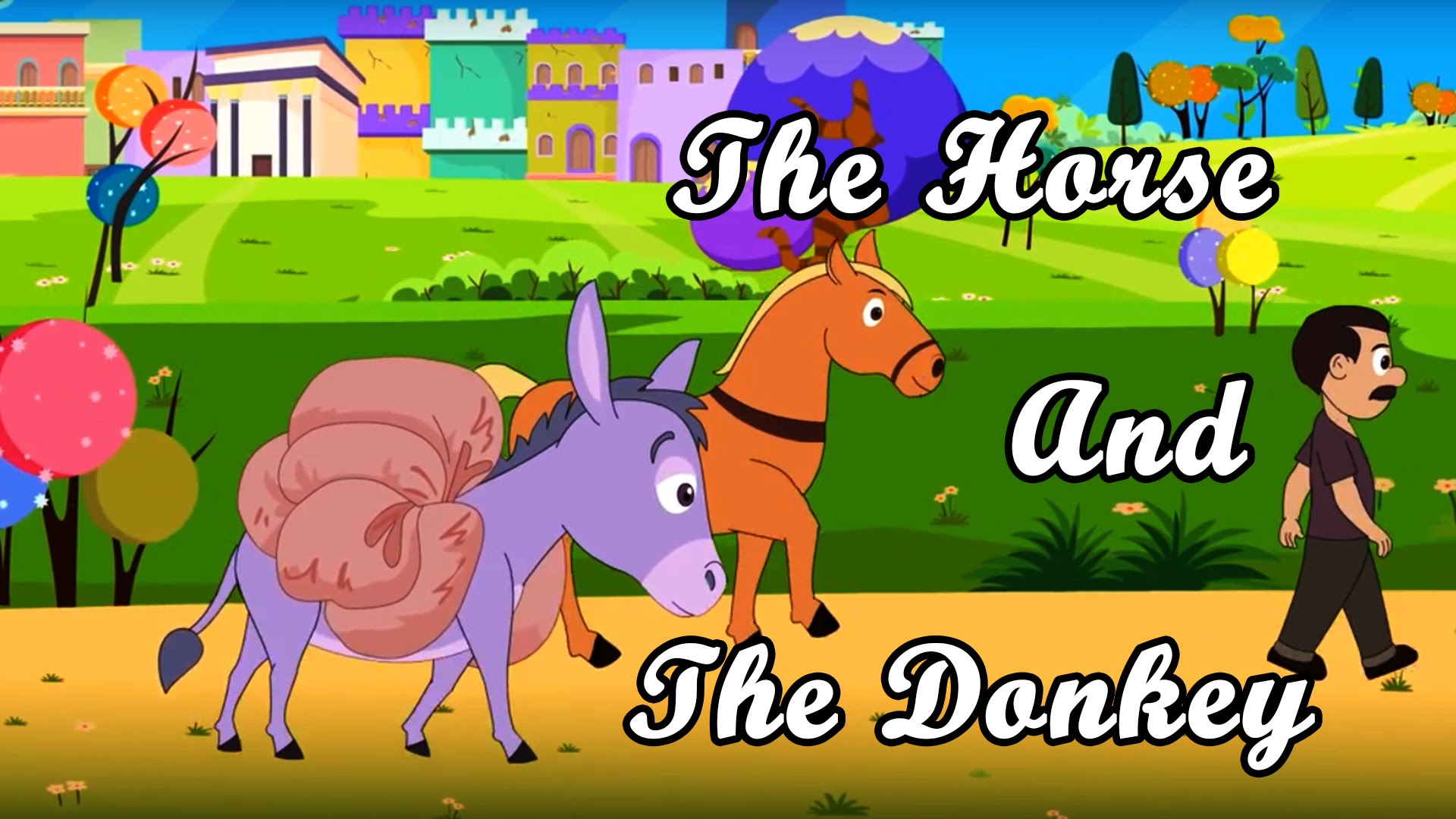 The story of the Horse and the Donkey teaches us the consequences of being selfish – that it is better to share a burden than carry the load by ourselves.

The Story of the Three Brothers

In our household, we try to help one another.  The three boys also have their particular chore to do at home.  Once done, they could take their rest or assist the other in need so they all could play or sleep early.  But because kids can sometimes be playful and only consider their personal pleasure, they tend to be selfish and inconsiderate.

One evening, everyone at the small house was busy.  Our little man had his tantrums, so the mother spent her time pacifying and taking care of him.  The two older boys were busy with school work.  The Big Bunso, who had nothing to do, preferred just to watch television then slept after dinner.

It was Second Son’s turn to wash the dishes, but because he spent most of his time doing his homework, I told him just to eat, clean himself, and sleep.  I will wash the dishes for him.  The Firstborn, whose duty that night was to sweep and mop the floor, was not able to do his job as well.  This mother told him just to eat, clean himself, and sleep, too. I heard the two older brothers requested their younger sibling to do their chores instead as “mama is still busy with our baby.”  Sadly, the Big Bunso only gave his brothers the cold shoulder.

The Horse and the Donkey

Once, there lived a washer man named Bheema. He had a donkey and a horse. The donkey carried clothes to the pond and back to his house. The horse carried Bheema to the market and back, occasionally.

On a bright sunny day, Bheema was going to the pond with the donkey.  The donkey was carrying a heavy load of clothes. The horse was taking nothing. The load was unusually heavy, and the donkey’s back was hurting.

When the pain became unbearable, the donkey said to the horse, “This load is too much for me, brother! Please take some of this load on your back.”

The horse replied rudely, “Eh! Why should I? I am here only to carry our master to the market.” The proud horse continued on his way.

It was getting hotter as the day went on. The donkey felt totally exhausted. He was almost dragging himself.  The poor donkey collapsed to the ground.

The washer man then picked up the bundle of clothes off the back of the donkey and placed it on the horse’s back.

“Umf! Umf! Came the sound from the horse’s mouth. “I should have helped the donkey. I made a mistake and should have taken half the load when the donkey requested me. Now I realize sharing a burden is easier.” The horse carried the heavy load of clothes for the remaining distance.

The Father and the Little Brother

Wonder what happened to the Big Bunso?

The father of the house went home tired that night.  He saw the pile of dirty dishes in the sink.  He asked his wife who was in charge of the dishes.  I mentioned to him it should have been the Big kuya but he spent his night researching for his homework.  I relayed to him it was I who suggested the studious boys to just sleep after dinner.  Husband knew the Big Bunso had no more classes, so he asked me why I did not take charge and ask the young man to help.  I told him I put the baby to sleep, and I fell asleep as well.

The father went to the boys’ room and woke up the Big Bunso.  He told him to wash the dishes and refill our drinking water.  The poor boy diligently obliged.

The Little Brother and the Horse

The Horse and The Donkey is one of those fables that teaches children universal morals that they can later apply in life.  I just hope the Big Bunso learned from what his father did to him.  May he also relate it to the story of the horse and the donkey.  And as for the two older boys, I hope they also would learn from the story and offer help when one needs it.  As for this mother, I know I am guilty as well.  I preferred to leave the boys to resolve their issues by themselves.

← MOMI SHARES| For best academic support, always think AHEAD MOMI SMILES| When there's a will, there's a way →