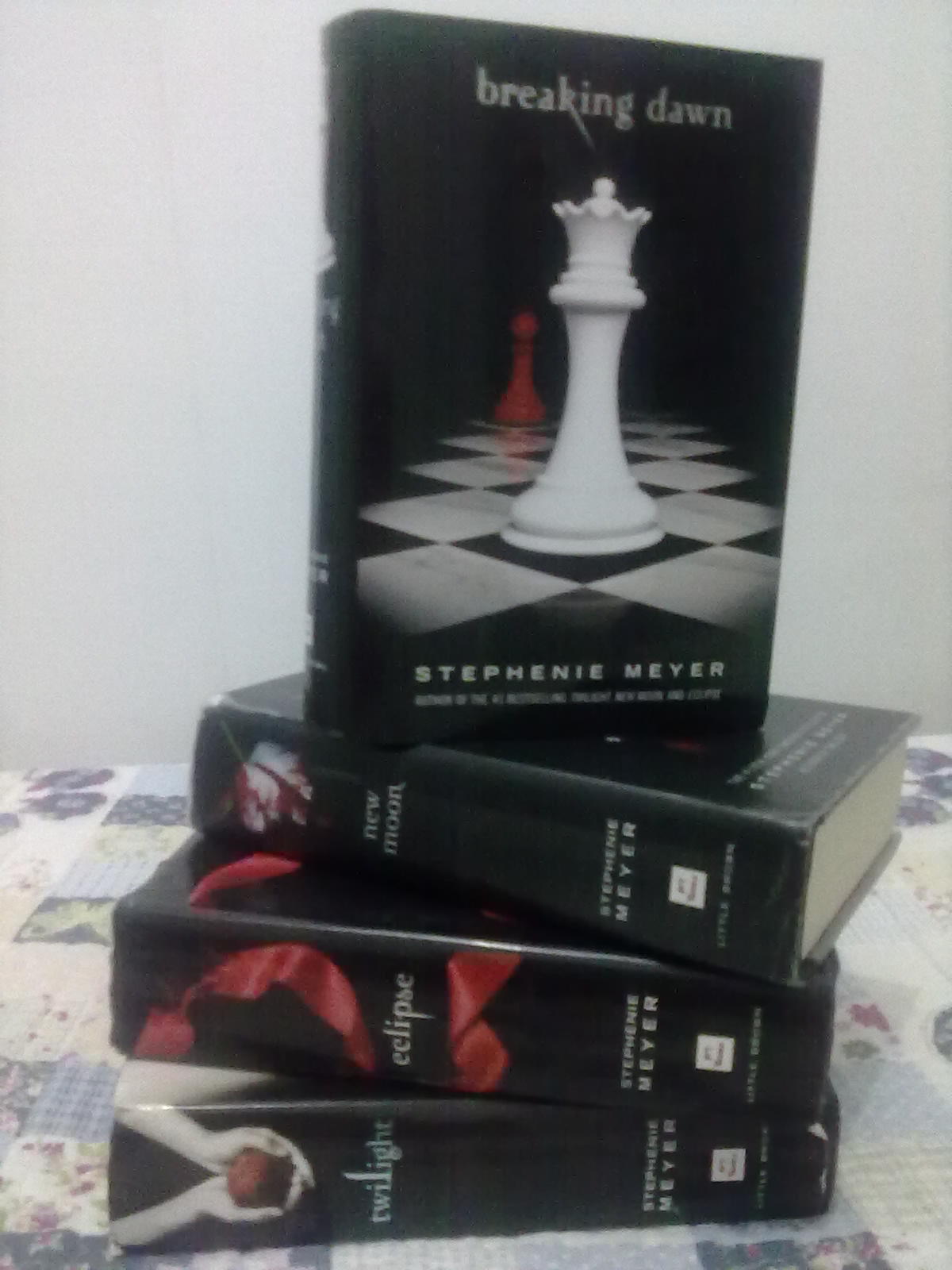 Last July, a breaking news broke  that Kristen Stewart cheated on Rob Pattinson with Snow White and the Huntsman director Rupert Sanders.  Kristen is Snow White in the film and with her is Rupert’s wife Liberty Ross as her dear mother.

A series of steamy photographs of Kristen and Rupert kissing and hugging appeared at US Weekly and the internet.  And within hours Kristen has taken a rather unpopular decision of admitting her “momentary indiscretion” acts.

Because of that breaking news, I’ve decided to read the Twilight Saga series I bought a year ago.  After all, the Breaking Dawn part 2 movie will be in theaters in four months.

That means I only have four months to finish the four books.  Sounds pretty unrealistic for someone who works morning to night seven days in a week.   Monday to Friday have been devoted to work, children, and home — and that usually starts at 4:30am.  Saturdays and Sundays are devoted to the house cleaning, laundry, and ironing plus grocery and market.  Honestly, I don’t even watch any television programs because I rather sleep and catch more sleep.

Anyway, because I fell in love with Edward in the first book “Twilight”, I find myself becoming so engrossed in the book.  I finished reading the whole Twilight series – Twilight, New Moon, Eclipse, and Breaking Dawn – in two months.

As mentioned, I enjoyed the first book.  I would describe it as a sweet love story which accounted how the two main characters Bella and Edward fell in love.  This might not be the best-written book of Stephanie Meyer but still, she did a great job in making those “first love butterflies” feelings.  And because I have seen the movie first, I could imagine how Edward moves, talks and looks at Bella.

I was hooked after the first book and hurried to finish it to start with the second novel  “New Moon.”  I didn’t like Jacob’s character,  much more the twist it brought to the story.    Critics found the third novel “Eclipse” as engaging and romantic.  I must say it explored more mature scenes and I personally enjoyed it very much when Bella preferred Edward over Jacob.

I got excited with the fourth book “Breaking Dawn.”  Weird as it may be but I didn’t like the ending.  It ended happily ever after.  I thought, with all the human-vampire saga, vampire-obsessed-to-human conflict, and Volturi aspect, someone will die.  But the ending ended with the rest of the vampires, the Cullen family included, to go back to their homes and “continued blissfully into this small but perfect piece of our forever.”

The novel Breaking  Dawn’s ending still didn’t stop me from seeing the movie. Everything seemed to be just like what the book disclosed but nearing the end of the film, I was totally surprised.   A twist so different from the book.  It described a fight scene -Carlisle and other vampires beheaded, some set on fire, etc –   one that could have happened if Aro opted to mess with the Cullens.  The scenes were so violent and visually stunning; truly shocking to anyone who has read the book.  I for one realized that my jaw was kept open at some point.

This was how the director decided to show the fight scene instead of just having Edward narrate it just like in the book.  No blood was shed, and the romantic pairings all had a happily ever after.

Did I enjoy the book then?  I plan to start with my other book collections –  Paulo Coello’s.