With very limited things to do during my two-week house confinement, I have managed to keep myself sane by reading Harry Potter and watching some television programs I was not aware do exist. (Because I am not fond of watching television shows).

Anyway, I got my Harry Potter book collection two years ago.  I bought the whole set as a birthday present to myself.  With a busy schedule at work and at the small house, I was not able to open the package until two weeks ago.  And what inspired me to start reading Harry Potter’s story was my present sleeping condition —

Because I cannot use the stairs (I had an operation), the cramp space under our stairs became my bedroom. And when husband and the boys set up my bed, I readily remember Harry Potter’s cupboard under the stairs.  But unlike Harry’s cupboard under the stairs in the Dursley’s household at 4 privet drive, mine is not dusty with lots of spiders. The boys made it somehow cozy and comfortable for my one month stay. 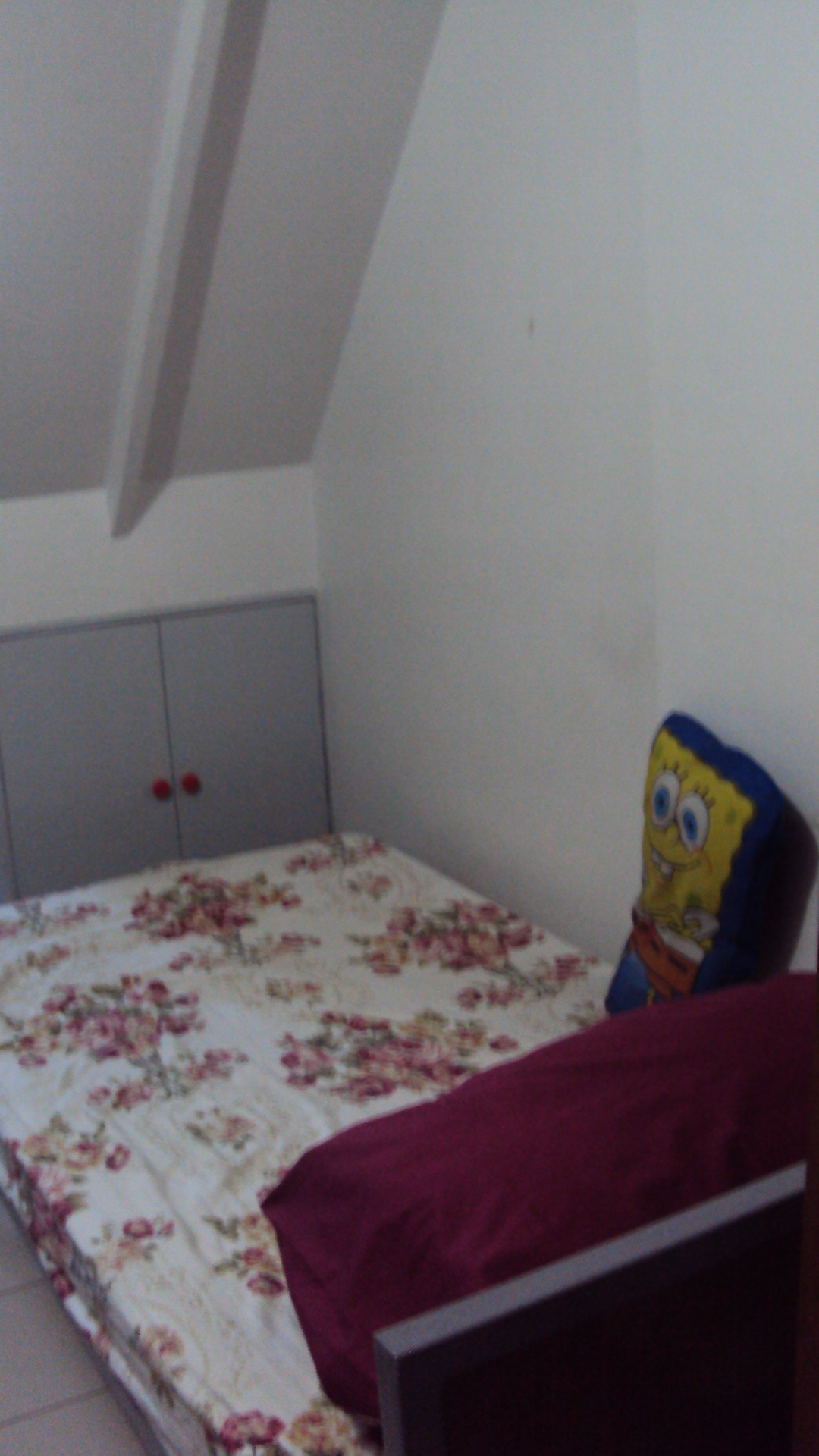 I have finished six from the series of J.K. Rowling’s seven fantasy novels.   I have also seen all the eight movies; and I may say that the film adaptations were all good but weren’t as good as the book.

Obviously, the film’s production team had to cut some scenes and only decided to pick out the best and most important bits to make the flick as pleasing as they can.  The movies have shown great special effects.  It likewise put faces to the characters we only read on the book.  Unfortunately though, the film version failed to capture some of the detailed looks of the main characters.  It likewise  didn’t stay faithful to its source material — in some scenes  — and neglected to offer the books’ own creative vision.  Why?  Maybe because the director was confined to do his adaptation of the book.  And though he had his own vision, he needed to display it through cinematic form with only  at least 2 hours and a half.  He may have deleted a few book scenes which I believe were also important to the story line.  One excellent example was Dumbledore’s funeral in “Harry Potter and the Half blood Prince.”  Dumbledore was a major character both in the book and in the film; and a touching tribute to the “greatest wizard ever” was but fitting to be given to him.  J.K. Rowling the author dedicated an entire chapter to mourn the untimely death of Dumbledore and yet the film omitted that.

In the book, Hermione is one toothy nerd with frizzy hair. In the movie, though, Hermione’s teeth are all white and straight. Researched it and they said, Emma Watson, the Hermione cannot talk properly with fake over-sized front teeth in her mouth, so the production crew opted to give up on the idea.

Harry in the book has green eyes like her mother Lily’s. Daniel the Harry in the movie has blue eyes. I read from some literature that Daniel cannot wear green contact lenses as they irritate his eyes.

Yes, I may say that J.K. Rowling’s books are more cohesive simply because the whole story was there.  The character development was better because the author had the freedom to expound on each character and scene.

It seems unfair to judge the Harry Potter film series just because there are so many details from the books that the film cannot accommodate.  Both the books and the movies are enjoyable, though.  But again, if I am to choose between the two, I would still say “Hands down on the book even when J.K. Rowling would call me a muggle!”

*April 29, 2013 from Mga Pahina ni Msbolin.  And it seems I will be in this kind of situation again anytime soon- I mean the bed rest situation and not the operation.   Husband and I agreed to move in with my mother this month.   And we hope it would be a good decision.