Today is Sunday.  And it is somehow gloomy.  This momi baked some carrot cake and banana cake to perk up the sleepy souls of the boys. I made use of our waffle maker as we do not have an oven.  Learned just now that making waffles was not easy  if you were the impatient mother that I was on the first try.

When the boys made our waffles last Sunday, they presented almost perfect-looking waffles.  It was because they listened to my instruction.   I prepared waffles today and the first batch was below quality.

Brush the waffle iron with butter.  I told the boys to brush with butter the top and bottom plates of the waffle iron.  I strictly told them that they have to do this before making each waffle or it is very likely that the waffles will stick.  I didn’t follow my own instruction.  For my first attempt, most of my waffles with the carrot cake mix stuck on the plate. 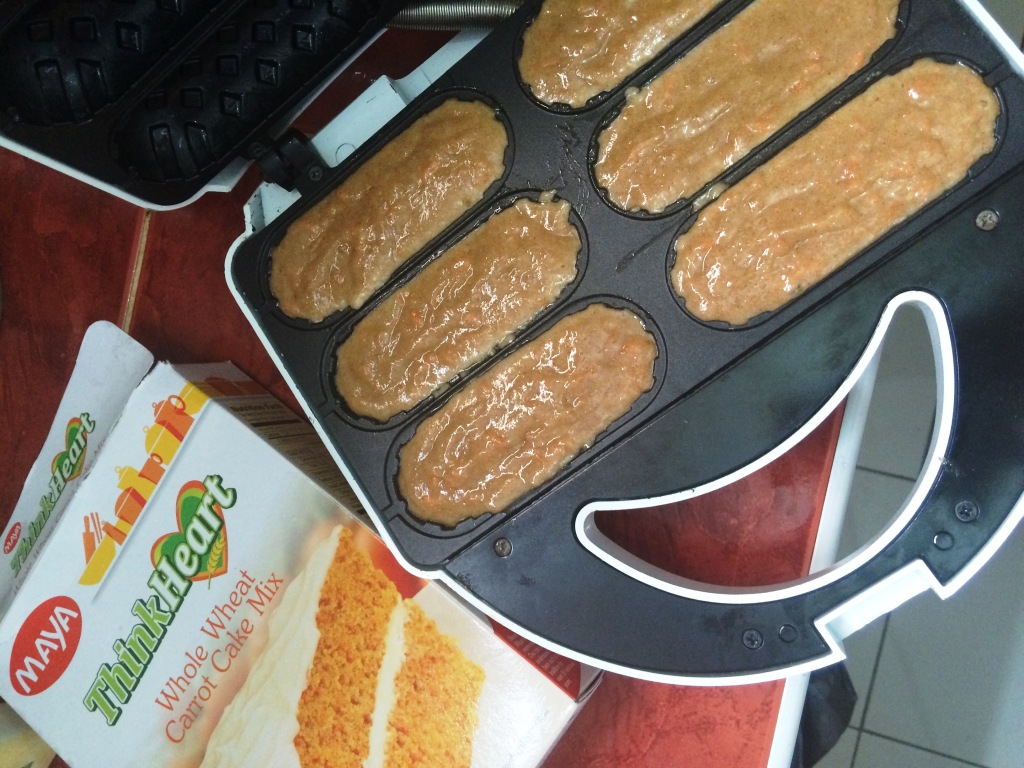 We brush the iron plate with butter first before pouring in the carrot cake mixture.

Our carrot waffle cake. We do not have an oven thus this momi uses a waffle maker instead.

Place the waffle iron on a paper towel or cutting board.   As the surface of the waffle maker gets hot, some batter may drip off and the paper towel or cutting board will “catch” the mess.   This means less cleaning of the tile counter from the drips of the waffle batter.  I did exactly the opposite and though it took only a minute or two for me to wipe clean the tile counter, still I consumed time to clean a mess I should have avoided if only–

PATIENCE is a virtue.  I repeatedly reminded the boys that in making waffles, patience is the key.  Doing “nothing” or “waiting for the proper timing” can be the most difficult thing to do.  But still, sometimes, waiting is the most proper thing to do.  I didn’t use that patience.

The first batch of our carrot waffle cake are below quality as described by the boys.

So on my next attempt to make waffles for the boys, I will be patient. 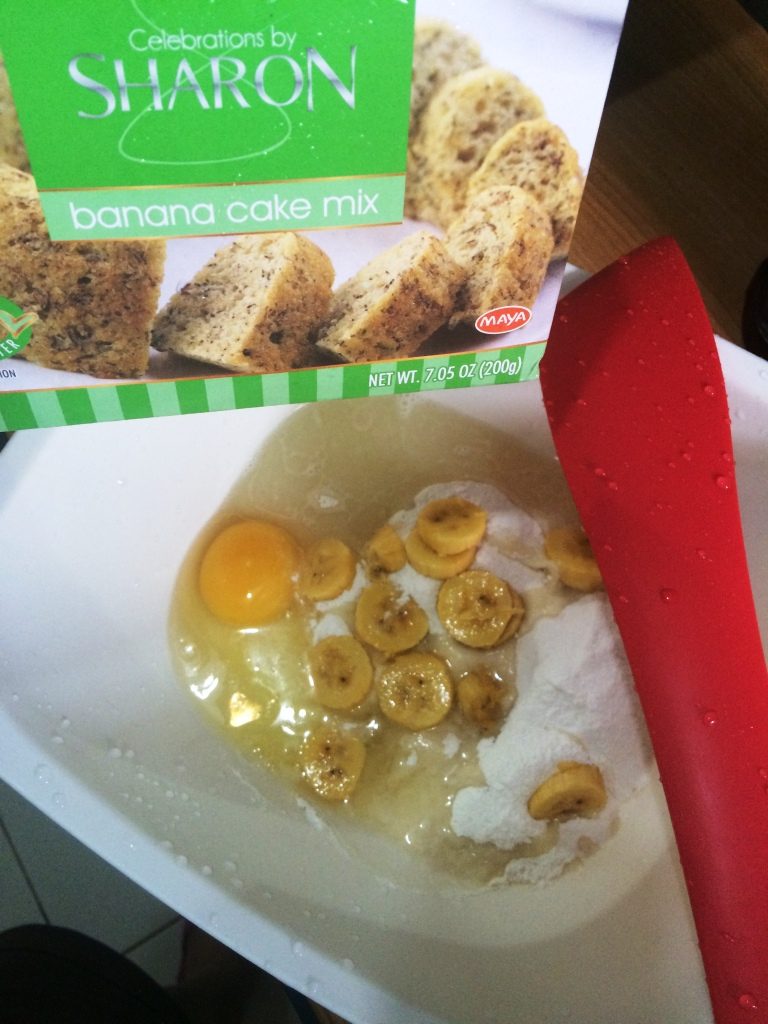 The first batch of Banana waffle cake and most of them were beyond perfect. Wee!!!