Before we go to bed, I always read to my two boys a bedtime story. It’s a habit I started with my now 17-year old Firstborn. With my two toddlers now, we often read Aesop’s Fables because of its many lessons and at the same time, beautiful drawings.

Aesop’s Fable The Man and the Serpent 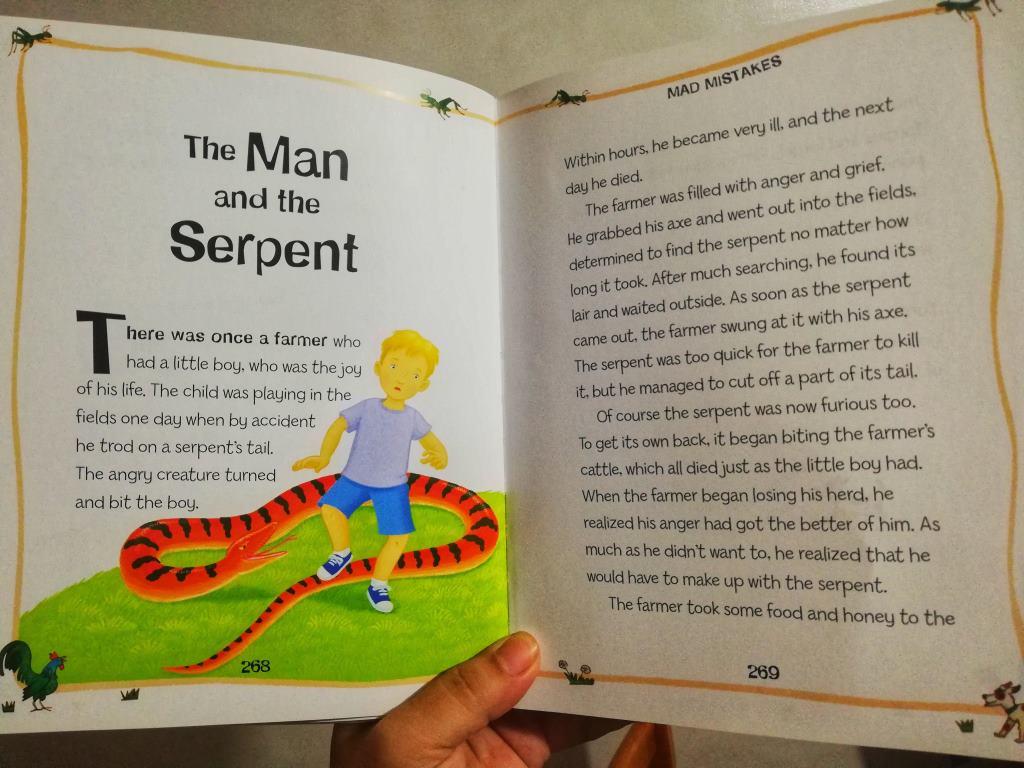 Aesop’s Fables on Forgiven and Forgotten 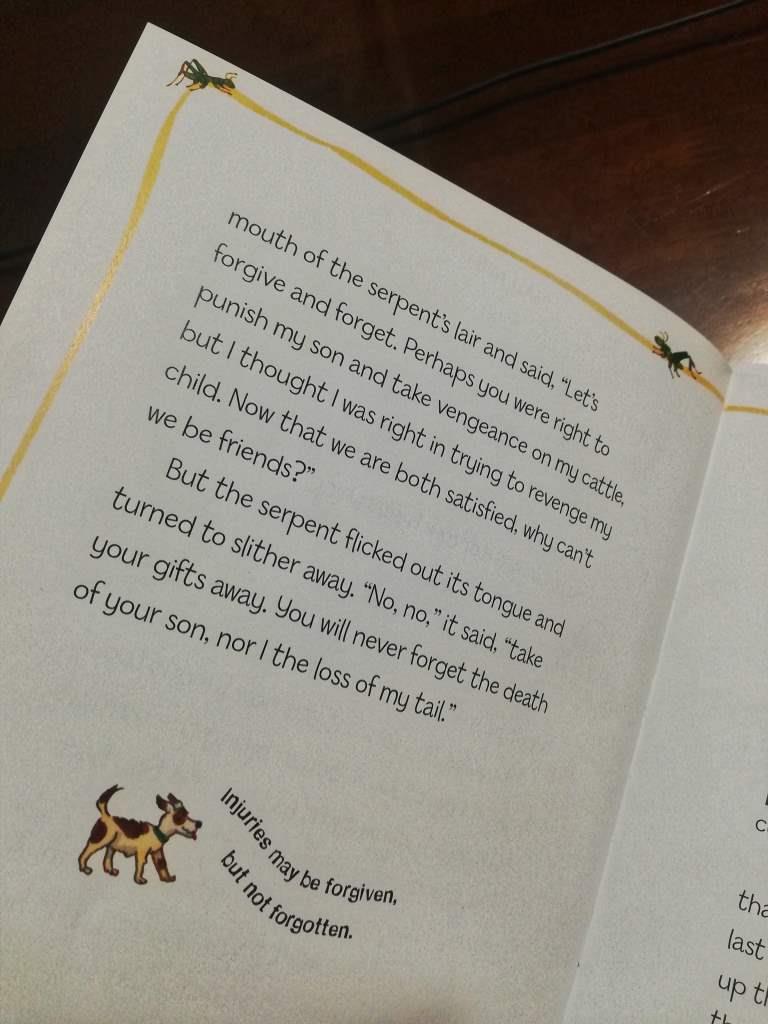 Aesop’s Fables on Forgiven and Forgotten

The Mom and The Son

My second son and I used to be so close when he was still a kid. I do not want to admit that he was a favorite, but I used to support most of his decisions and activities.

It was when he reached secondary education that he became strongwilled, often unbending. We had a misunderstanding that led him to be indifferent towards me. He often decides on his own, not even consulting his parents. Oftentimes, too, I would repeat ten times more before he follows my utos or command. He can be real hard headed.

Even if I am mostly calm on him, he can still be indifferent. Indeed, injuries may be forgiven, but not forgotten. The pain I must have caused on him was too strong for him not to forget.

But I never lose hope. As much as possible, I remain the calm mother they deserve than be the once strict one. I would want them to see I am slowly changing my ways. I now understand life- to bring and see change, it should first come from me. I already gave up the concept that I am the parent so it should always be the youngster who needs to bow down first. If I want a rewarding relationship with my children, I must show to them first that I am worthy of their respect.

Again, thank you Aesop’s Fables for helping me learn more about life and forgiveness.