Second son had a fever.  His temperature – 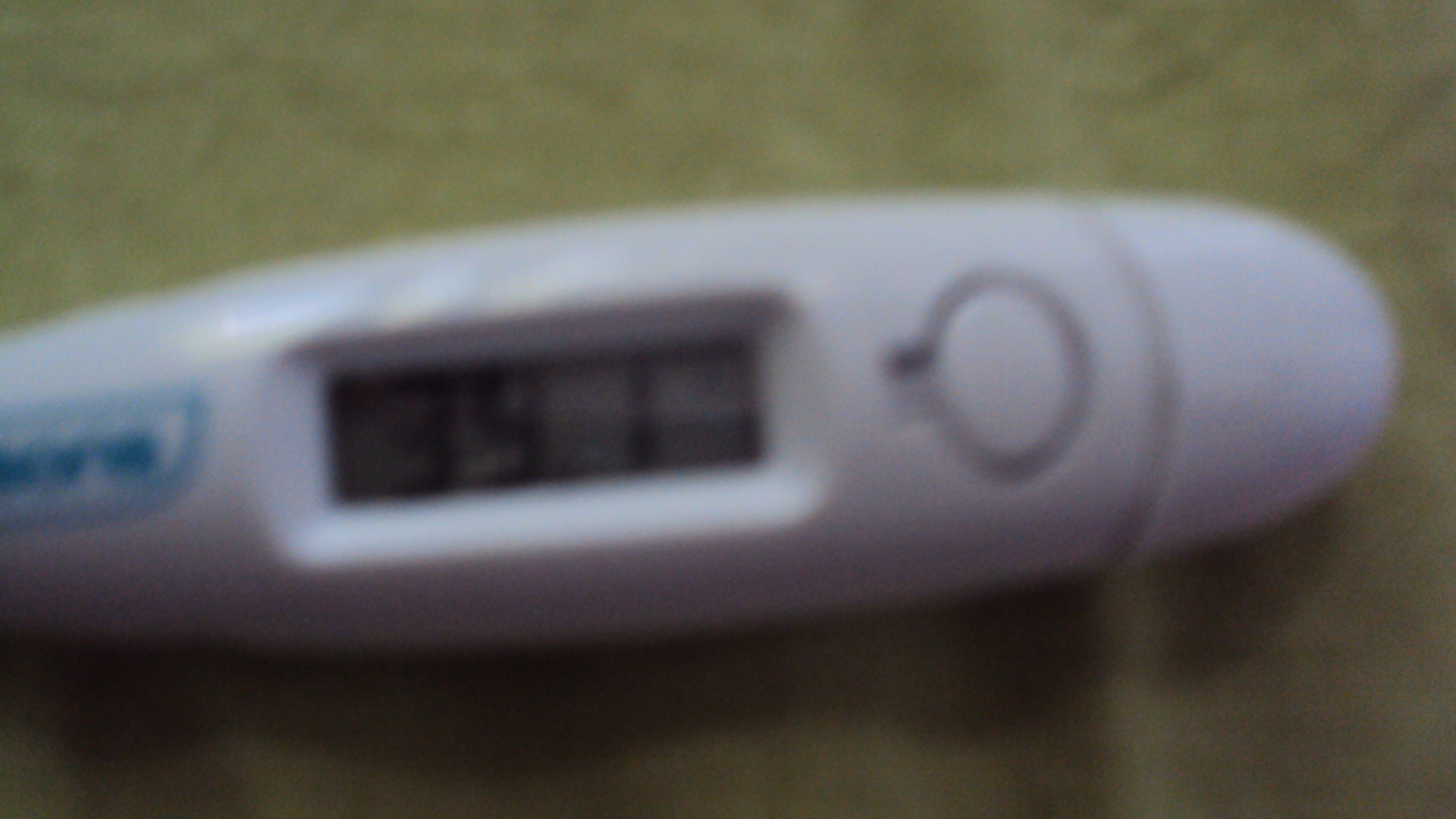 bring down fever the easiest way

Aside from the high temperature, he was in pain.  He got hot flashes and cold chills.  He might have an infection. To remedy asap while waiting for his pedia’s kind advice, we opted to use cool packs on his forehead.

END_OF_DOCUMENT_TOKEN_TO_BE_REPLACED

Note:  This ‘I Remind Chart’ was written last September 4, 2012.  Our chart was conceptualized to help Firstborn cope  with his forgetfulness or carelessness.  But more than that, it helped me remind myself more of my own flaws.

Firstborn forgot things in school.  And yesterday was no exception. He failed to remember his bag containing his swimming gear, his rubber shoes included.

I had a heart-to-heart talk with him once.   I even scolded him before.  And there was a time I also asked him to squat for a few minutes hoping he would learn from his mistakes.

But no to avail.

Then I realized that I disappointed him as well.  His mother was never helpful nor supportive. I antagonized him.

So we had this chart– his “I remind myself” chart.

END_OF_DOCUMENT_TOKEN_TO_BE_REPLACED

I always believe that a person’s character is engraved within.  Through his actions and choice of words, one can demonstrate his character.  It answers the what, how and why he did it.  And at a tender age of four, I know that my second son had already built a character very distinct from his peers and even from his siblings.  His actions and decisions are what form the very basis of his individuality. I call these defining moments.

Parents can only give good advice or put them on the right path, the the final forming of a person’s character lies in their own hands.

END_OF_DOCUMENT_TOKEN_TO_BE_REPLACED

Note:  No peer pressure is a letter from a mom to her firstborn.  She wrote this about three years ago when her son showed signs he can make decisions of his own.     She is now posting it with high hopes her eldest son will chance upon this letter.  It would make her happier if her three other boys read this and learn from their Kuya firstborn.

When you were just our little baby, I decide what you will wear for the day.  I even arrange play dates with children I only approved of.

Now that you are a growing boy about to reach his teen years, you decide who your friends are and what clothes you will wear.

You have been very vocal of your own choices.  Perhaps, most of your decisions are influenced by your peer’s choices and reactions. You do not want to be the laughing-stock thus you go with the flow.  Or maybe it is human nature to listen and copy your own age group’s choices.

END_OF_DOCUMENT_TOKEN_TO_BE_REPLACED

Congratulations, boys!  You very well deserve the recognition as all of you gave your best for the school year 2013-2014.  We, your parents, are so blessed to have you as our children.

It has always been your perseverance and your belief in your ability that lead you to your success.  You always walk that extra mile and so sweet of you to always think of your mama as your inspiration. 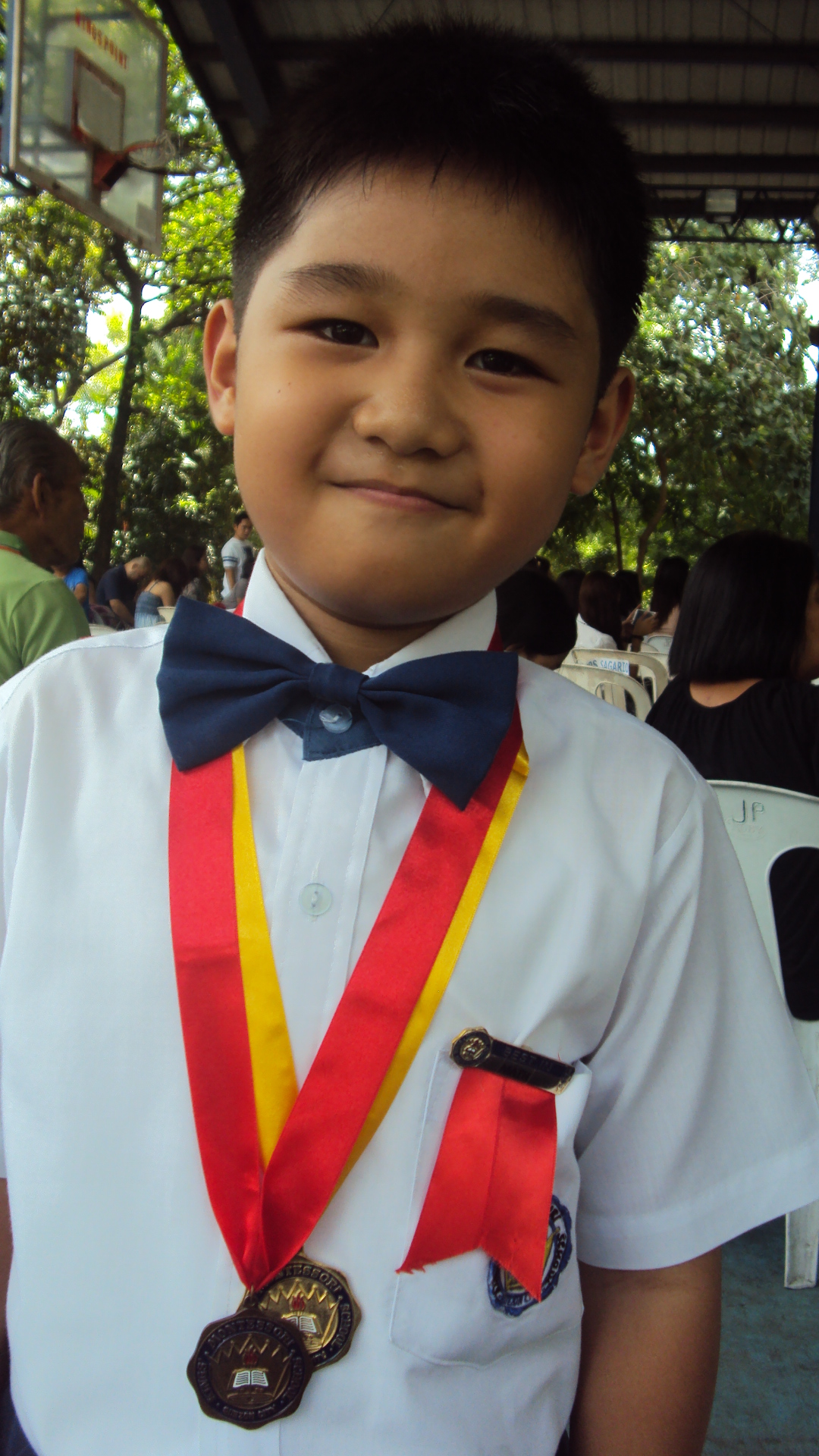 Thank you for your dedication to learn more.

Luck is what happens when preparation meets opportunity.

I am certainly not belittling my son.  Never will I do that.  I just find the power of the force working alongside my boy that he is able to reach his goals.  More than good luck though, he truly and deeply works hard to be at his place.  He is his class’ first honors and recipient of six academic excellence awards. 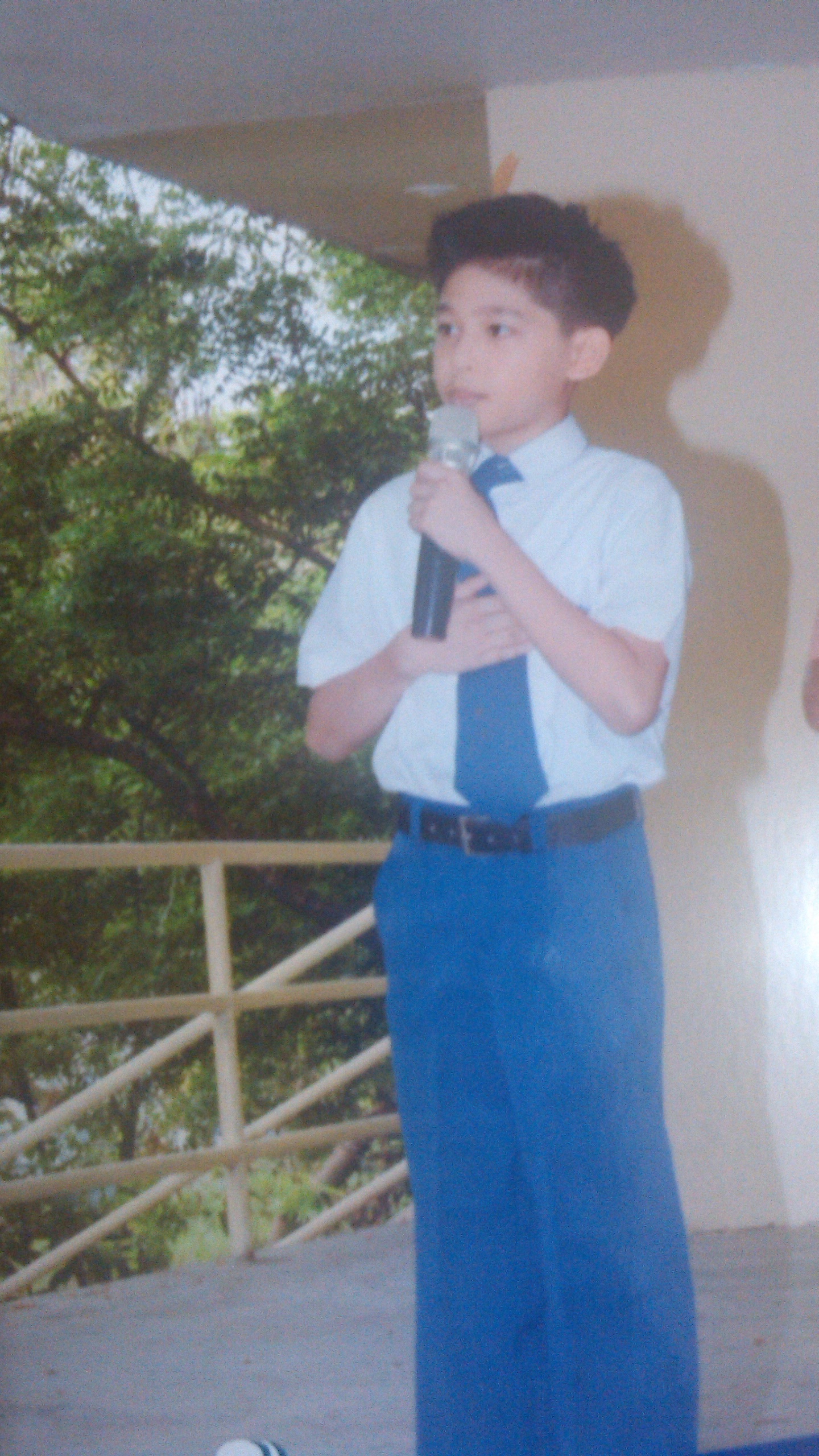 I thank the Lord for giving us a responsible Firstborn.    He excels in class, and just this Wednesday he got a bronze medal for being Grade Five’s top three.   He also brought home a Best in Civics award. 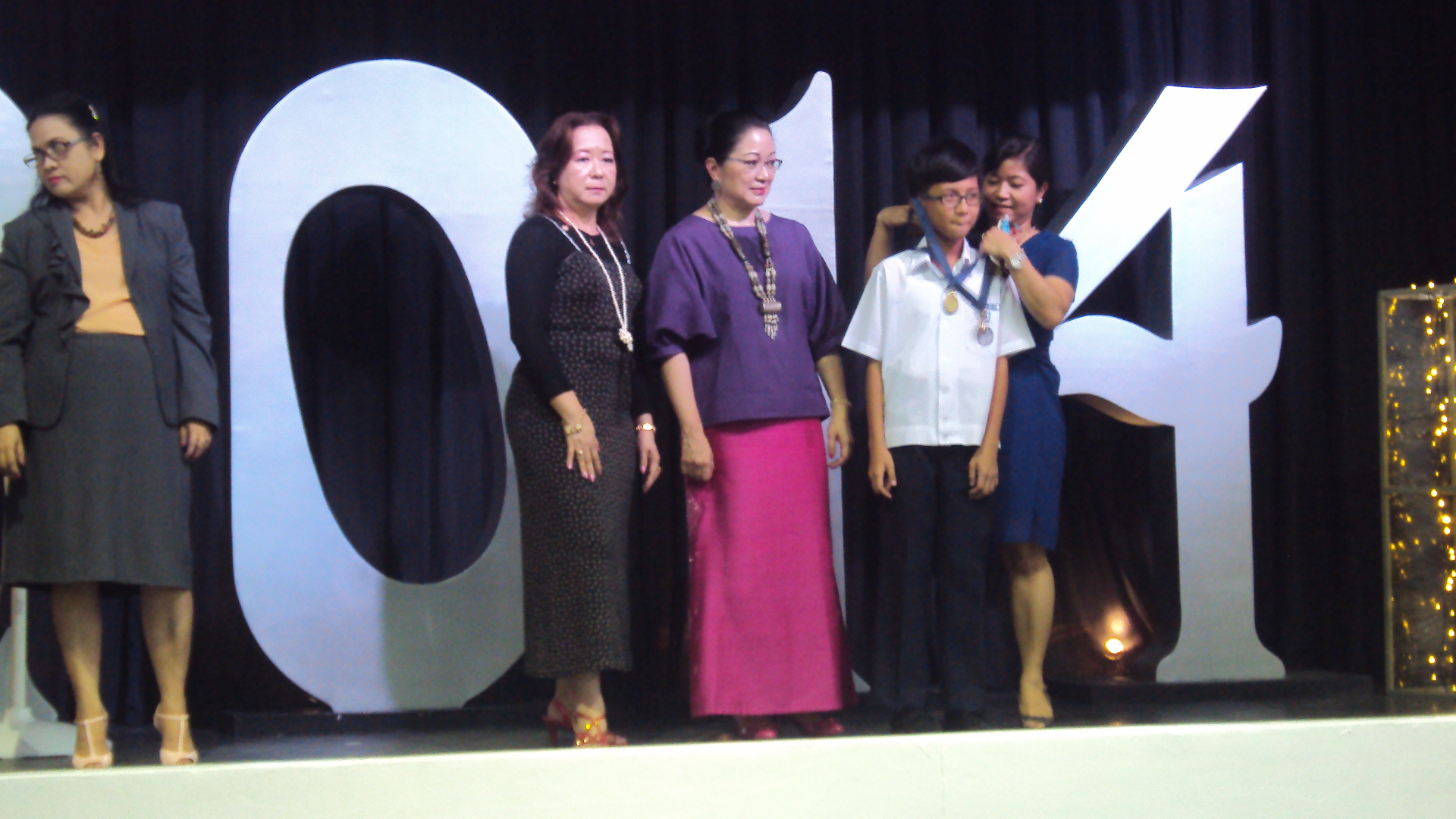 With us on stage (fr left) are Ms. Lycette Ventura, AVP for Academic Affairs and Sen. Anna Dominique Coseteng, President-DEC.

I often tell myself that should Firstborn focus more on his studies, he would have been his class’ first honors.  He has the ability to be one.   He has such an analytical mind.  He uses his imagination to run through how some things may play out.  He has the focus if he wants to. It is just that most of the time, he prefers to chill out.

And then, when we went on stage to receive his recognition, I had my realization.  I don’t know if it’s too late for me to have that realization but still, I’m happy that I was able to recognize a fact about my son.

Firstborn is one carefree person.  He is full of love and happiness.  I need not push him too hard as he might have the tendency to rebel or meet neither success nor happiness.  He is moved by his love and of that interests him. He needs not absorb everything as this might defeat his true identity.

I’ve seen how he reacted when he had those medals.  He was very happy.. and proud!  He glanced back at me so he could remember my smile.  And he couldn’t wait to show to his papa his medals.  Because it has always been love and happiness that push him to act. 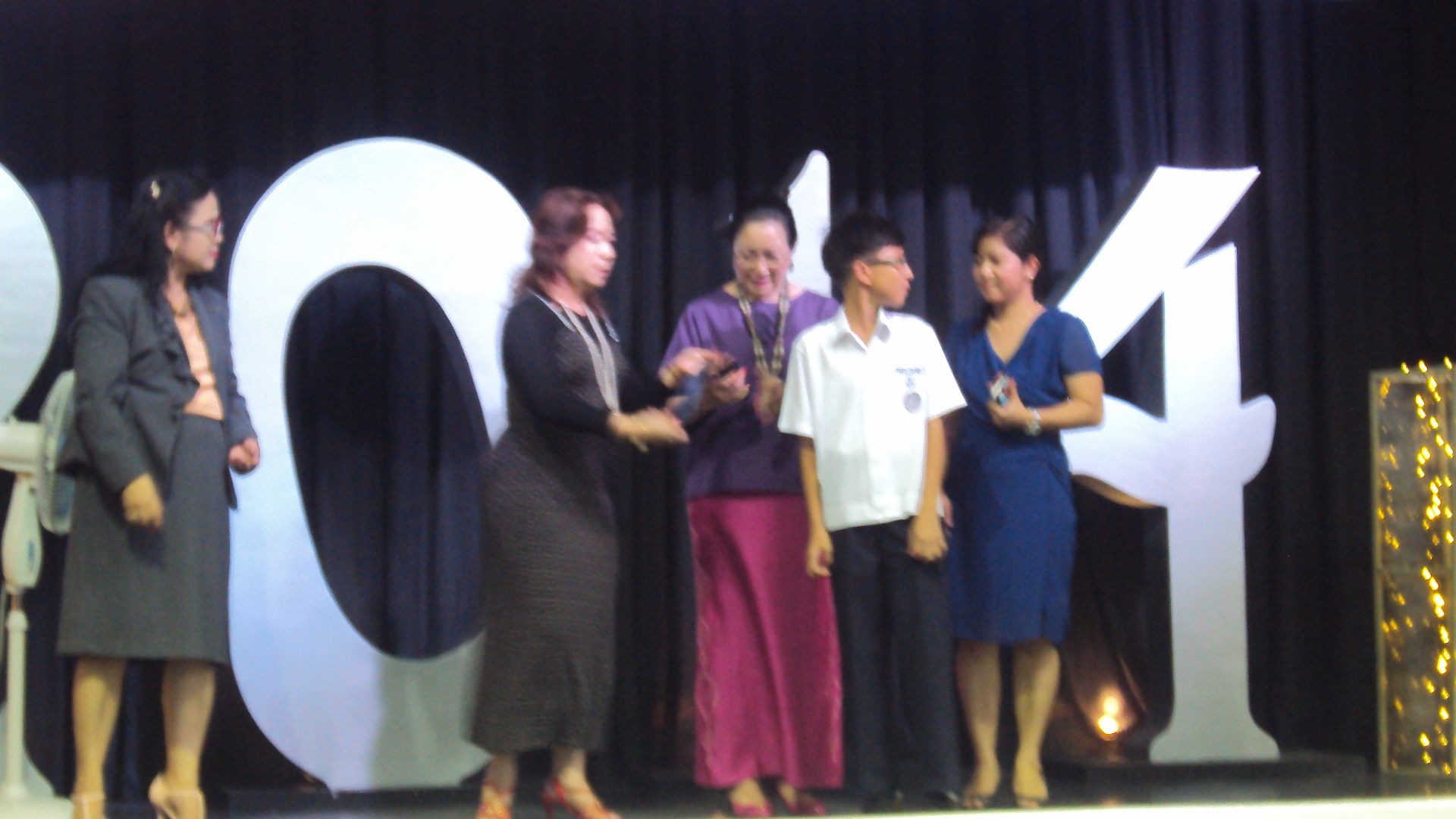 He glanced back at his mama, so he could remember her smile.

As for this mother, I am now at ease to know that my Firstborn is one playful son with great intelligence.   I am confident that with all these achievements, he will be able to know his strengths and realize who he is becoming through the process.