When you feel great, your mind is clear and everything follows

I want something – to do what I really love to do (so my life would be great) – and its seems the universe conspire to make it happen.  The very same line Paulo Coelho said in his 1988 now world-famous “The Alchemist.”

After that inspiring meeting with Toby Claudio, this mother met another equally beautiful soul.  She exudes inner peace and grace.  Her eyes smile and it looks like her skin and everything in her glow.  She  is  Joy Geronca of Bikram Yoga Eastwood.

END_OF_DOCUMENT_TOKEN_TO_BE_REPLACED

msbolin met the man behind the famous toby sports business which to date, has 43 branches scattered all over the country.

though we waited for more than an hour, the knowledge he imparted during the interview was enough for me to forgive his trespasses.

we waited for him at runnr, his another sports shop at bonifacio high street.  he is the founder of runnr, the only running specialist store in the country, and probably the only in the world that brings together under one roof three technologies that address the major components of running.

he is, by the way, toby claudio.

“i traveled to the united states, japan and europe.  i went to their sports shops and studied their technology then combined all in runnr,” says toby.

“in our store, we have the footprint scanning, high-speed video gait analysis and custom insole molding.  that’s what makes us different from other sports store.  customers may buy their shoes in other stores but they always keep coming back to us because we do it very differently and we have the technology,” he adds.

running has been quite popular nowadays.  he teasingly says it may be because it is the most easiest sport.  one though has to have a running gear and a place to run and he is all set to run.

running however, just like to most, was a painful experience until he discovered the proper running equipment.  fitting the right gear then becomes an enjoyable, pain-free experience, and that what makes running addictive for him.

though he has no regular running schedule, he sees to it to run when his time permits.  he does his thinking when he run.  when he feels a bit tired, he run.  running has become a source of energy.

coming from a family of sports enthusiasts, toby has always been active in sports.  he played tennis since he was five and in college.  he played soccer.  he was varsity baseball at the uaap.  he also tried basketball and golf.  he even went mountain biking.  the accumulated wear-and-tear from all the sports however took its charge and he started to have serious problems with his back.  he suffered a slipped disc several times as well.

and since he can’t play competitive sports, he resorted to jogging.  he did further research about running, tried it and got hooked at the sports.

toby shared that toby sports, a brainchild of his father roberto claudio sr three decades ago, started when he was five years old.  though he felt big responsibility with the idea of naming the sports shop after him, he somehow felt that at a very early age, he knows what he wants to do from then on.

“i love what i do so life is great!” he says with a big smile.

spending less than thirty minutes of my time with this entrepreneur inspired me.  i’ve shelved my running shoes for weeks now.  at this moment, i am thinking of running again.  but more than that, i will do what i love  best because i want to enjoy life.  so cliché yet i am still at lost.

first, i need to discover what makes me happy.  maybe tonight, as i run, i can think sanely.

I am back as a working mom.  And nothing beats comfortable shoes to keep pace with my busy schedule.

My post requires me to meet with clients often, thus, a comfortable pair of shoes is a must.  Stylishly beautiful is yet another requirement. 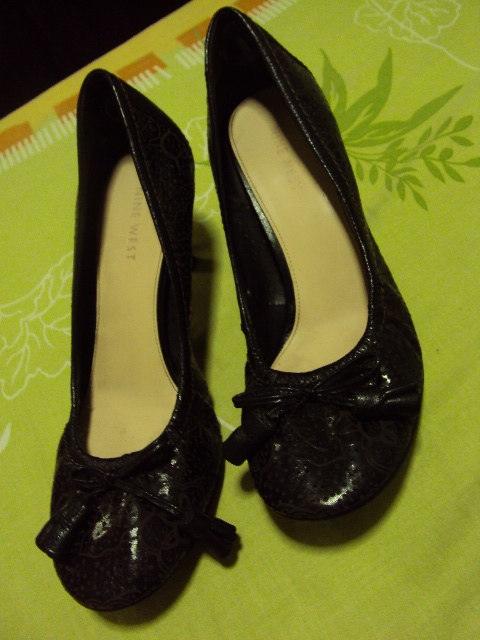 I bought this Nine West two-inch closed toe shoes (P6650) at Gateway.  It looks great with my dresses.  It looks fabulous even with my slacks.  Unfortunately, it hurts my feet.

END_OF_DOCUMENT_TOKEN_TO_BE_REPLACED 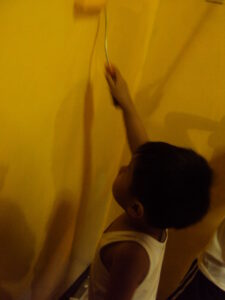 Bunso sings the Spongebob Squarepants theme song while painting walls within his reach. 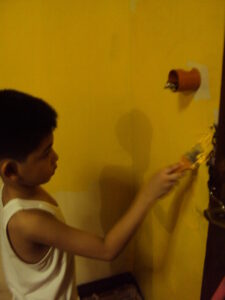 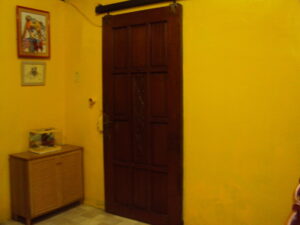 First coating of door side. One more coat to go. 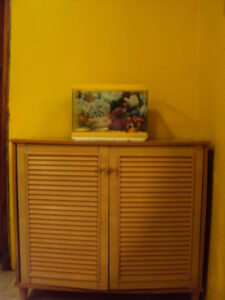 Our shoe cabinet and on top is our small yellow aquarium, house of hermit crabs Petty and Spongie.

Captain: Are you ready kids?

Captain: I can’t hear you…

Captain: Oh! Who lives in a pineapple under the sea?

Captain: Absorbent and yellow and porous is he!

Captain: If nautical nonsense be something you wish…

Captain: Then drop on the deck and flop like a fish!

Yesterday, we changed our wall’s color from dull off-white to lemon yellow.  Our small house now looks happy, warm, and somehow attractive.  And every time I look at our wall, there is this wanting to read more books and magazines, and be productive.  And of course, sing Spongebob’s theme song.

Seven-year old son came from school crying. I asked the reason.  He mentioned Teacher Angel told him he placed second on the honor roll.  He wanted to be the first.  I never thought my son takes his studies seriously.  Now I know.

I will be meeting his class adviser tomorrow for his report card.  I will take a look as well on the top ten list to know the average difference between the first and the second.  Now, I’m affected too.

Just learned from firstborn son that the big house has ten doors, a rather simple yet obscure observation.

Funny, I stopped counting when my third son was born.

* Big house is my mother’s house.  The boys refer to it as big house because it is big. Ours is the small house.

Obviously, Valentine’s Day devotees would spend an hour or more petting and rekindling old promises over candle lit dinner. and so, for the second time that I brought husband at A Venetto Pizzeria, the now famed “wait to be seated” sign still greeted us.

We circled around Glorietta. Almost all diners were filled with lovers. The only decent choice left was Cabalen. With its buffet set-up, certainly families and not sweethearts occupy the place.

Filipino. Thailand. Forgot the other one. The only choice left was to devour every appetizing dish. Experiment on the sauces, and taste each weird sounding and looking cuisine. Adobong balut, included.

I was defeated, on the contrary, by my fear over uncooked foodstuff. Maki etal still all appeared so plain and uninteresting to me. and I did not bother jam my plate with those kind.

The most enjoying part was the dessert. The marshmallow with chocolate dip was the bestseller of all. Advantageously seated just very close to the buffet table, I hurriedly loaded my saucer with three colorful marshmallows as soon as I noticed the food attendant done with refilling the bowl.

We ended up feeling real sleepy. and I, disheartened that I have no teddy bear to bring home for Aguel. We should have ordered mango juice to claim that cute bear promo.