Who doesn’t know Ms. Universe 2015 Pia Wurtzbach? She became even more famous when the pageant’s host Steve Harvey called Ms. Colombia as the winner during the coronation night. Later after realizing his mistake, Harvey apologized and declared Wurtzbach as the real Ms. Universe. Miss Universe 2014 Paulina Vega took off the crown from Miss Colombia’s head and passed it instead to Wurtzbach. Wurtzbach was crowned Miss Universe 2015, Philippines’ third win. 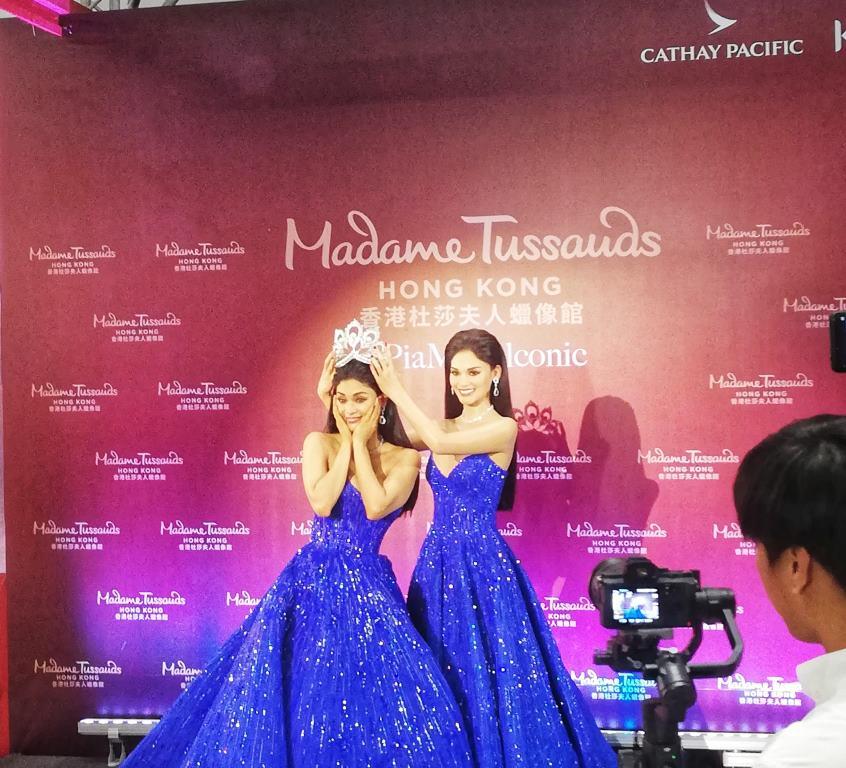 Now, her fame got sealed as she is now memorialized in wax. Wurtzbach is the first Filipino to be honored with a Madame Tussauds wax figure. Madame Tussauds is a world famous wax museum which houses prominent wax figures of royalties, Hollywood stars, K pop actors, and even some infamous criminals. The wax museum started in London and now has smaller museums in some of the world’s major cities. Wurtzbach’s wax figure will be based in Hong Kong.

Recently, Wurtzbach unveiled her wax figure in front of hundreds and more supporters and spectators at the SM Mega Fashion Hall. The unveiling was one of the highlights of the Hong Kong travel fair arranged by Klook and Cathay Pacific. Both Wurtzbach and her statue wear a blue Michael Cinco gown, the same dress she wore when she passed on her crown to Iris Mittenaere in 2016, which explains the figure’s pose – as if ready to crown someone.

Wurtzbach’s wax figure will be flown to Madame Tussauds Hong Kong this month. The pose explains the museum direction to being interactive. Guests and visitors can have their photos taken with the wax figures and enjoy a more immersive experience.

So if you will be visiting Hong Kong, drop by Madame Tussauds and get your very own thrilling moment with none other than Ms. Universe 2015 Pia Wurztbach passing on her crown on you.

MOMI RECOMMENDS| Off Dengue with OFF! Insect Repellent Lotion

MOMI WANDERS| When in Palawan