About two months ago, my little man and I attended the Ogalala Workshop,  a child developmental class which  aims to teach parents how to facilitate the learning of their child through play.

The short yet informative class was led by Teacher Maia.  She taught the parents how to make time and do simple and fun activities with their children everyday for one month. She further relayed that after finishing the 30-day chart, substantial results may be clearly seen.

Organized by Millennial Moms PH in close coordination with Ogalala World, the workshop was held at the latter’s shop in Shangri-la Mall, Mandaluyong.  The concept of the Ogalala System in Play is to introduce to our little darling some play or educational toys tested to help develop the physical, intellectual, social, and emotional skills of a child. At the same time, the system will help parents bond with their children.The workshop was scheduled twice, one Saturday for toddlers (two to three years old) and another for infants (zero to one-year-old).  We attended the second Saturday with my then eight-month-old son.

Aside from meeting fellow millennial moms (though I no longer belong to that category), I’ve got to learn a few trivia like: 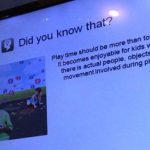 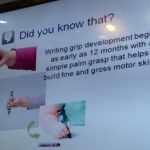 At the end of the class, we were given a chart where we will record and monitor our kid’s improvement.  There are six exercises divided into morning and afternoon so as not to exhaust the child.  The instruction is just simple.  We will do each activity with our baby for a month and we will just tick each box corresponding the day when done.

We religiously followed the chart for a month.  My three other boys helped me with each activity especially when I was busy with food preparation or other household errands. 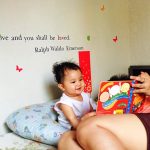 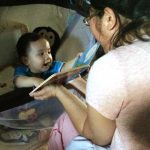 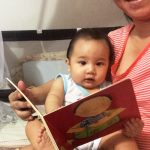 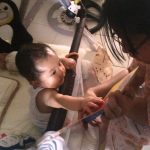 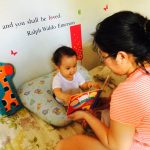 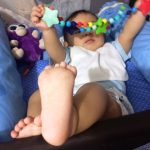 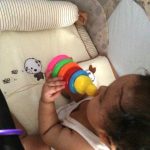 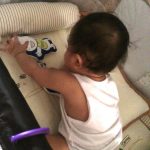 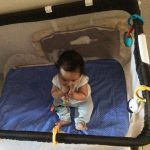 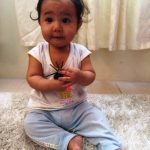 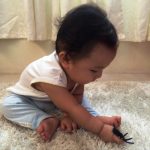 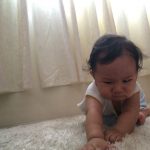 I may say that after a month, my now nearly ten-month-old son has developed his listening skills and focus.  He can now differentiate his toys and even developed certain favoritism.  His eye-hand coordination likewise improved and the funniest thing is he learned of the cause-effect concept.  He loves to drop his bib, for instance, because he knows that the effect of that would be his mother picking up the bib.

Will I recommend this activity to fellow moms?  Definitely!  We did not buy any toy from Ogalala World.  Though I would love to buy a few pieces, the kuripot in me chose to just make use of the few resources we have at home.  After all, kids can still learn even when using the most inexpensive and simple things.  One only need imagination and time.
Momi Berlin’s Directory:
Ogalala World Website / Facebookk / Instagram / Twitter