Empower our kids!  Because when they realize their personal power, surely they will grow loved, confident, and sensible.

This is what I have learned when I recently joined Stevie Nicholson and his super friends in an afternoon of chitchat at the Century City Mall Event Center.  The group, collectively called as Superdudes, is consists of Steve, Pencil Pirate, Flutterby, and Bubble Trouble! 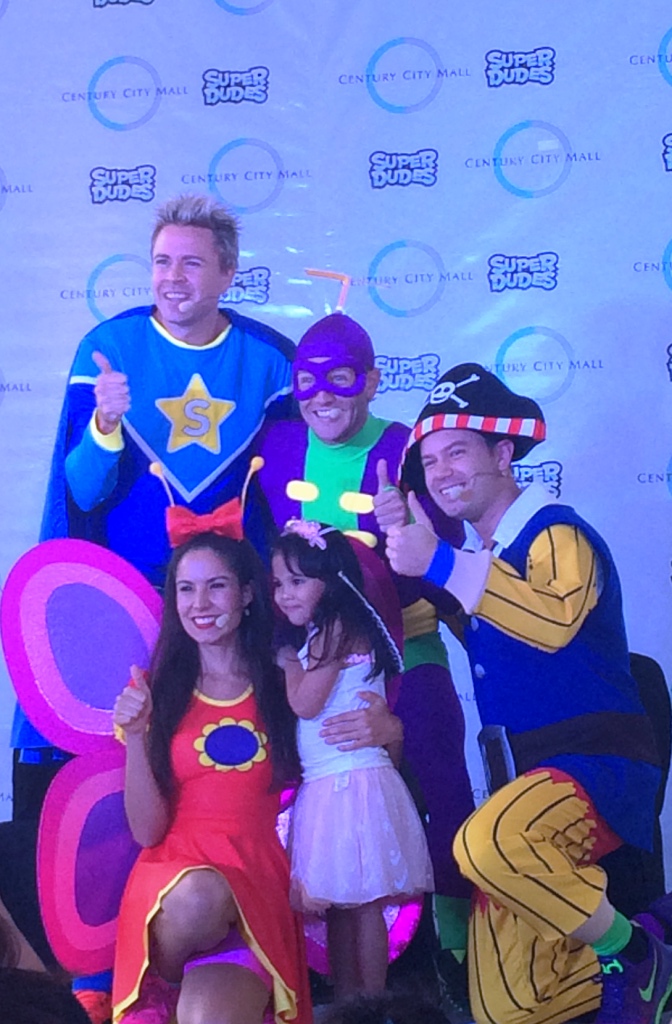 The Superdudes with an obviously thrilled fan during the book launch at the Century City Mall Event Center in Makati City.

Superdudes is a funny and quirky children’s book created by Nicholson, a member of the well-loved Australian children’s musical group Hi-5, and with illustrations by Nick Rudich.  Together, they joined forces and created a book that focuses on capturing the imagination of children in a playful and engaging way.  It is the story’s concept that absolutely anyone and anything can be super. 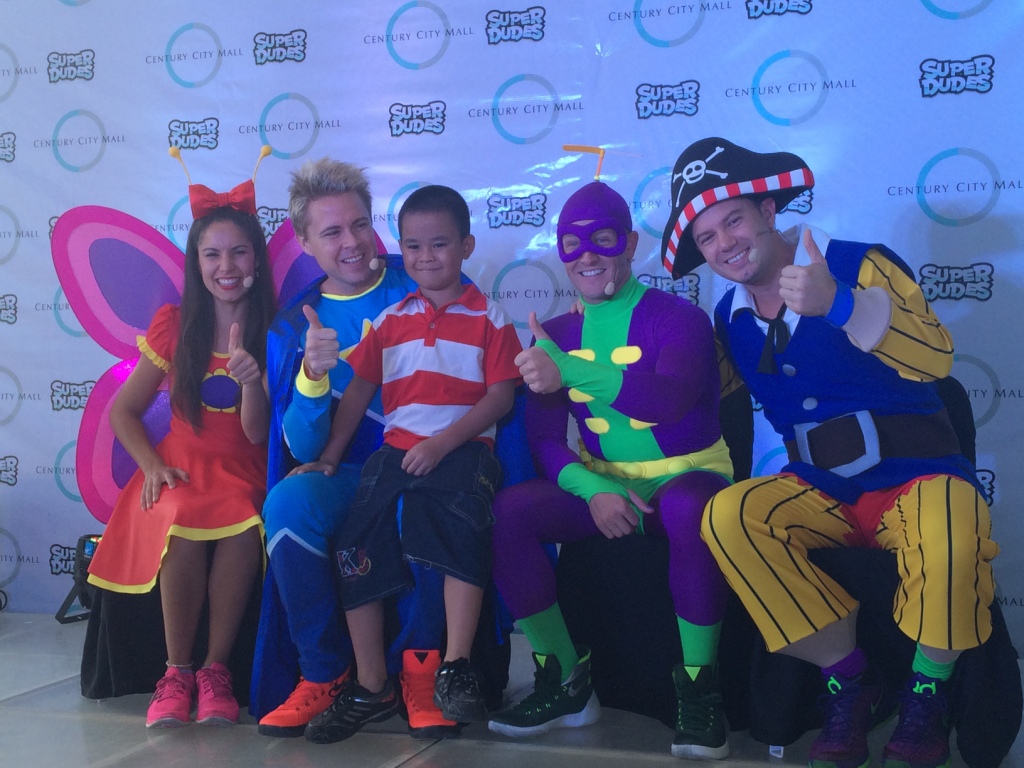 From left Bubble Trouble, Steve, a speial guest, Flutterby, and Pencil Pirate during the book launch and signing at the Century City Mall in Makati City.

The best part about Superdudes is that children (who are the primary readers) are involved in the creative process.  They are encouraged to draw and send in their own Superdude character to be included in the next book!  Indeed, that’s a great way of empowering any child.  And there aren’t any book I have read so far that has this much interaction with its readers.

Steve shares, “Interacting with our readers is something we are very passionate about. It is simply impossible not to be happy when you are passionate with what you do.  So expect more characters in the book; it is up to the children what they want to see and what they enjoy most.”

What to meet them in person?

Join Superdudes on April 16 at 1:30PM, 3:30PM and 5:30PM as they hold a book signing, show, and VIP workshop just for their super cute guests at the Century City Mall Event Center in Makati City.  A ticket of Php1,500 admits one child and an adult companion, and comes with a free same amount worth of Century City Mall Gift Certificate.